The Pthumerian Undead is an enemy in Bloodborne. They are only found in Chalice dungeons and are greatly varied. They are easily the weakest mob in dungeons, along with critters, and getting rid of them should be fairly easy.

There are however "rotted" variants (red aura) with greatly increased damage that you do not want to get hit by.

Ritekeepers can temporarily grant this buff to a whole band of undead.

As mentioned, there are quite a lot of variations:


Servants: Servants are naked and don't carry true weapons. As they went mad they seem to have picked up broken knives, cleavers and dangerous flasks and vials.

Servants have the lowest health among the undead but they can still stunlock you and the buffed ones (red aura) are still very dangerous.

-Molotov Thrower: They deal fire dmg and are mostly dangerous because they can throw two vials in quick succession.

Wounds caused by fire singe shut quickly. This greatly reduces the time window in which you can use rally potential.

-Acid Thrower: I don't know what kind of dmg this one does but their moveset is identical to that of the Molotov Thrower.

-Poison Knife Thrower: Their attacks build up poison but their attack speed is two times slower than the flask throwers.

-Cannoneer: Basically they function like a deadly trap, though the undead can slightly adjust the trajectory of the shots.

Sometimes a servant will spawn which has several times the health of normal ones, this event is quite rare.


Soldiers: soldiers can be identified by their hoods and different weapons. They have more health than servants They come in 4 varieties.

-Pick-Wielder: They have better range than servants. Their weapon is very similar to what Logarius and The Pthumerian Elder use.

-Dual Axe-Wielder: Somewhat deadlier at close range. Their axes seem gilded, they might have been designed for ceremony.

-Knife-Wielder: uncommon but not especially stronger. They fight just like the knife servants.

-Lantern Scout: Their main function is to call in other enemies to your position. They also wield a cleaver.


Both the Pick-Wielder and the Dual Axe-Wielder have a variant with flaming weapons. Typically these are found in a Loran Dungeon and they wear brighter colors. 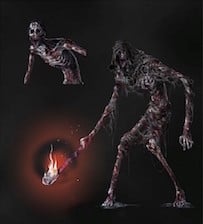 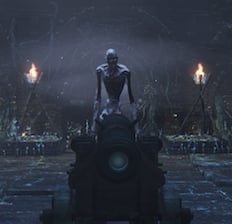 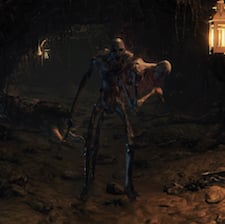 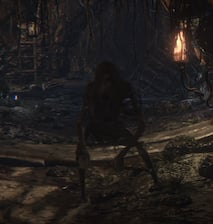 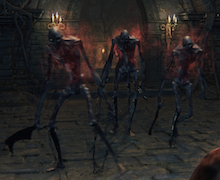 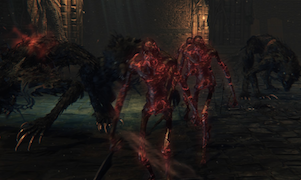 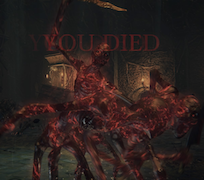