Fishwitch is an enemy in The Old Hunters DLC
"Even the loss of flesh offers no relieve from the curse, not as long as there is a single mouth to spout out the evils of Hamlet. "

The Fishwitch can be seen throughout the Fishing Hamlet, they are stationary enemies which casts homing spirits towards you.
A similar friendly fishman will speak to you at the entrance to the fishing hamlet.He can be seen wandering at the entrance of the Hamlet. Although they seem similar. He is actually a lightning summoner fishman, further observation of his wandering and cursing will result in you watching him cast lightning at the astral tower, a form of cursing it. If you talk to him with Milkweed rune equipped, he gives you Accused Brew, an unguided version of their spell. 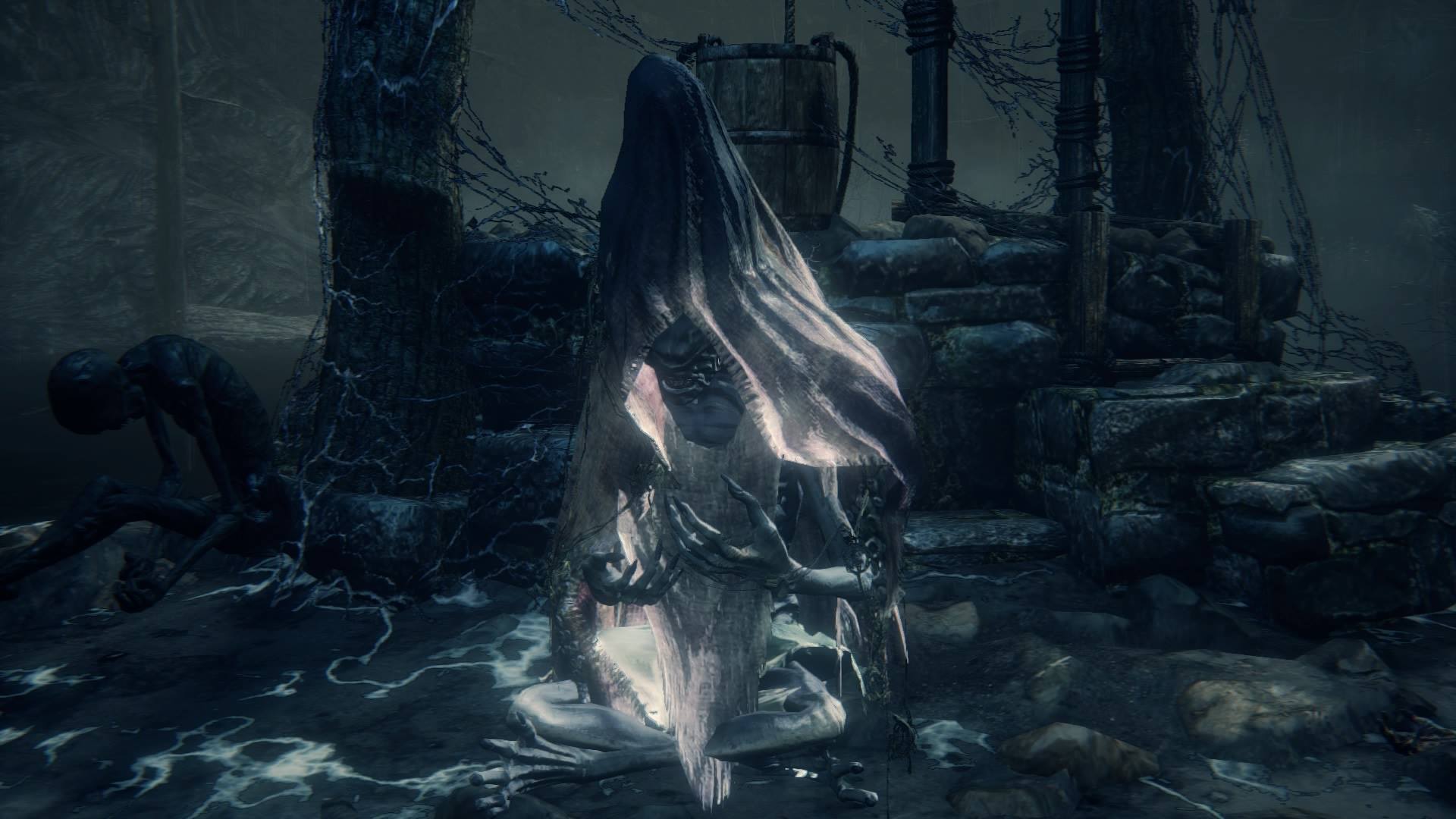