Beast Patients are enemies in Bloodborne.

"The things you hunt, they're not beasts. They're people."

The Beast Patient is an enemy in Bloodborne that can be encountered in Old Yharnam or in Chalice Dungeons. They are the more completely transformed beasts of a previous hunt, and lie under the protection of Djura, a retired Hunter. These beasts suffered a purge at the hands of the Healing Church, which led to the burning of Old Yharnam. As a result, they have a crippling fear of flame.

Beast Patients are nimble due to their small size and can be quite dangerous, particularly in packs. They usually employ clever ambush tactis and will hide behind walls, pillars, smoke and more. It is wise to approach areas where they are found with caution; one patient will usually mean another, and engaging too many will add another hunter to the ever growing pile of bones.

Their damage output is not high, but since there are always more than one it can add up. Fire is incredibly effective, such as a single Molotov, fire imbued weapons or simply a torch waved menacingly.

Be especially wary when a large Cloaked Beast is nearby, as their screams can buff a pack of Beast Patients to make them stronger, tougher, and more aggressive. This can quickly spell death for even a full team of hunters. 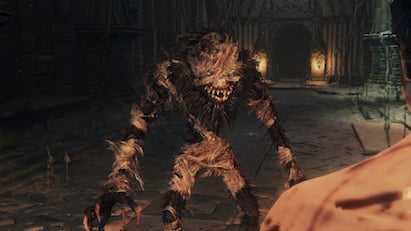 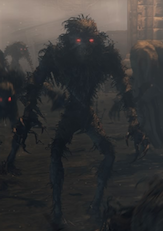