Not much is known about these beings, except that they are kin to some of the terrifying creatures that roam the universe

Fluorescent Flower are enemies in Bloodborne. There is one found in Byrgenwerth under the bridge that leads to Rom. They may also be encountered throughout Chalice Dungeon .

The only occurrence of these outside of a Chalice Dungeon is in Byrgenwerth. They seem to have a centipede's body, an enormous tooth-filled mouth on their lower chest, and an almost ethereal upper neck and head. On their face/head is a flower that hangs limp while not attacking. 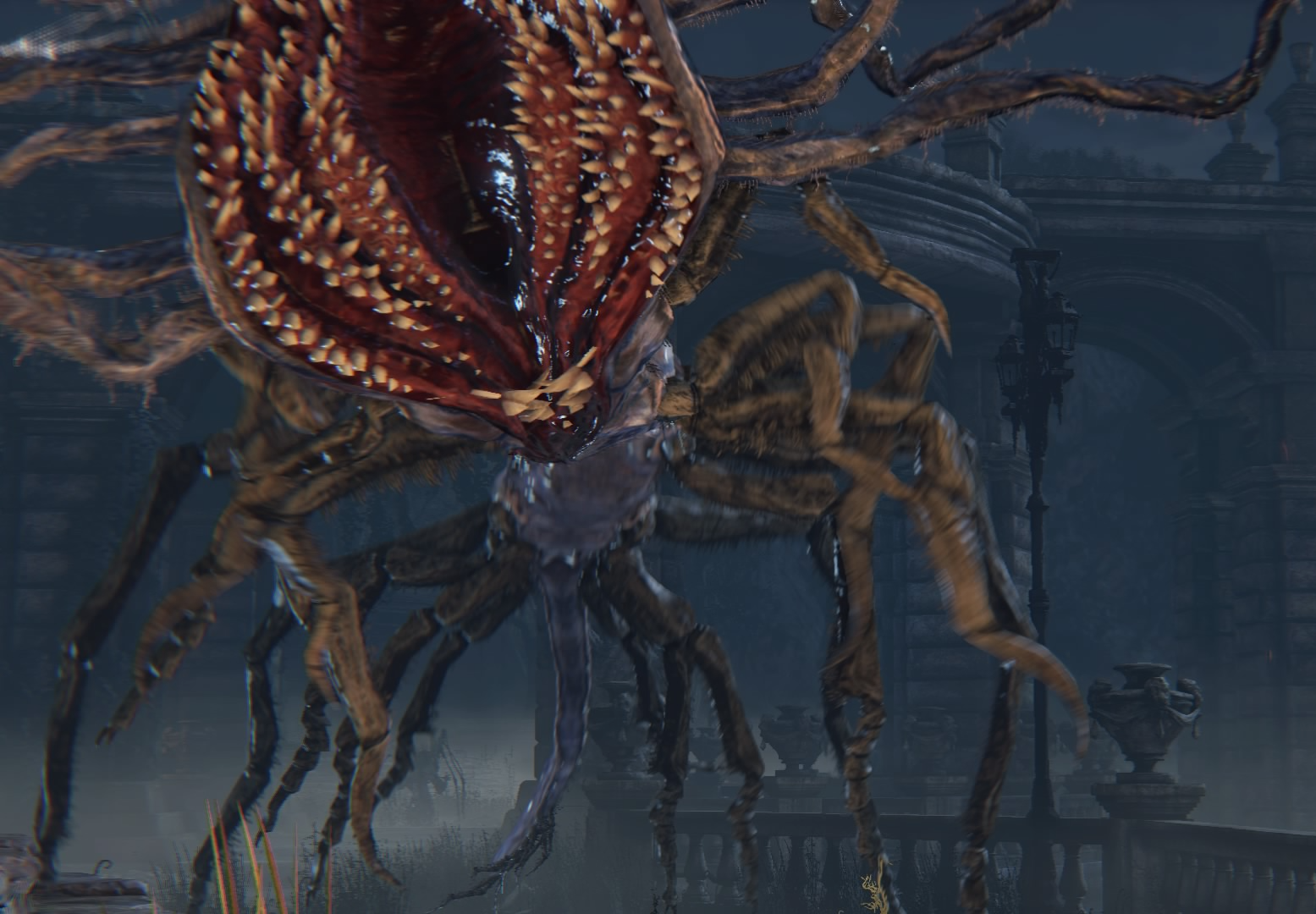