Djura is a non-player character in Bloodborne, found in Old Yharnam.

"An old veteran hunter who is said to possess amazing skill. No one has seen him in many years, and he looks like he's been on his own for some time."

Can this NPC be an enemy?: Yes

Can this NPC be an ally?: Yes

Note: Djura must still be alive. (If you have already killed Rom, the Vacuous Spider, then go to Yahar'gul, Unseen Village and enter Darkbeast Paarl boss room)

"You there, hunter. Didn't you see the warning? Turn back at once."

"Old Yharnam, burned and abandoned by men, is now home only to beasts."

"They are of no harm to those above. Turn back..."

When progressing through Old Yharnam:

"Adept, merciless, half-cut with blood. As the best hunters are."

"Which is why I must stop you!"

"What brings you to Old Yharnam? I've no interest in matters further up, but you must not disturb this place."

"The beasts do not venture above, and mean no harm to anyone."

"If you still insist on hunting them, then I will hunt you first. You understand me?"

When the player chooses to spare the beasts:

"There's nothing more horrific than a hunt. In case you've failed to realize..."

"The things you hunt, they're not beasts. They're people."

"But first, a farewell gift. I have no use for it anyway." (Gives Powder Keg Hunter Badge, Brush Off Dust gesture)

"What is it? Surely I need not repeat myself. Go, I say."

"You have the whole night to dream. Make the best of it."

When the player attacks an enemy in the area in front of the tower after sparing the beasts:

"Heheh, you devious rat! The makings of a true hunter, this lass!"

"Very well. Then there's no need to hold back! The beasts will feast tonight!"

When the player chooses to hunt the beasts:

"Of course, I thought as much."

"You are a true hunter. Which is why I must stop you!"

When the player attacks him while he is friendly:

"Is it the blood, or are you just raving mad?"

"When the frail of heart join the fray...the hunter becomes the hunted!"

"I should think you still have dreams? Well, next time you dream, give some thought to the hunt, and its purpose."

Upon killing you after attacking him or killing a beast while he is friendly:

"You still dream I should think? Then come as often as you like, I'll show you another death."

Strategy (if you actually decide to fight him fair and square)

Note: With this strategy, the item he drops is usually not reachable, so reload the game (can be done by dying, going to the Hunter's Dream, or exiting the game) and the item will spawn next to the heavy machine gun. 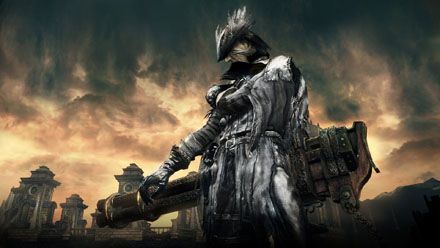 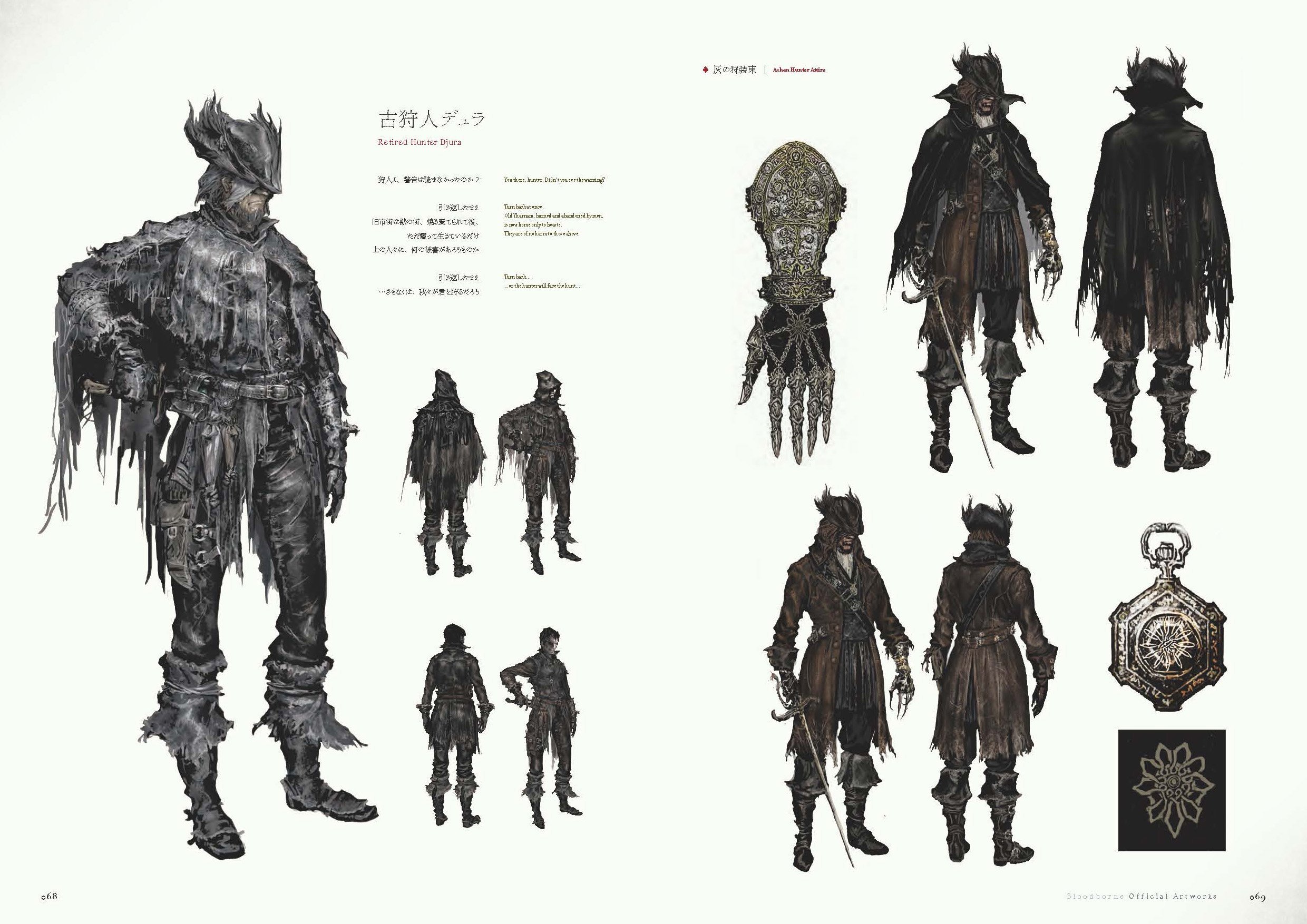 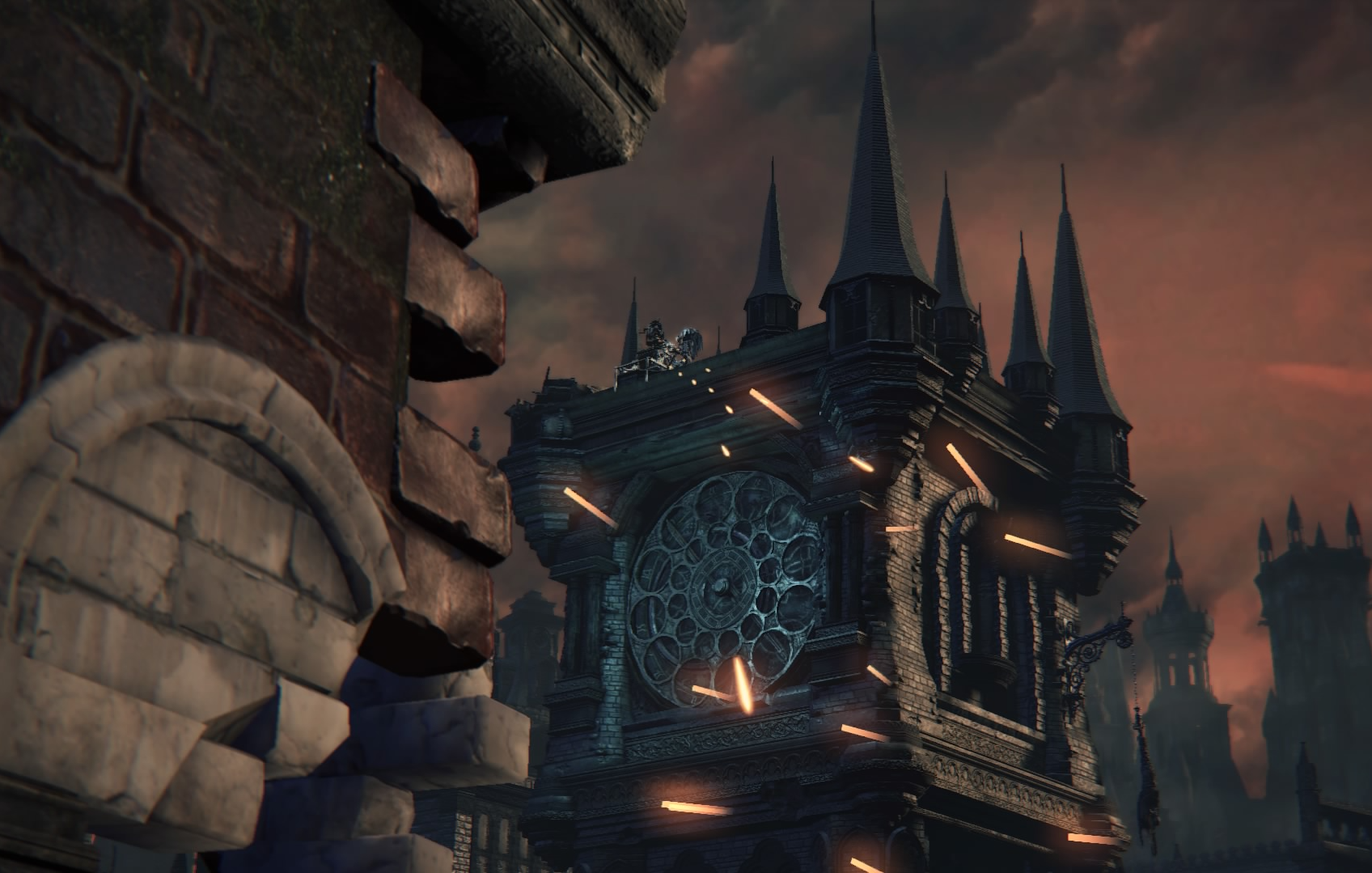 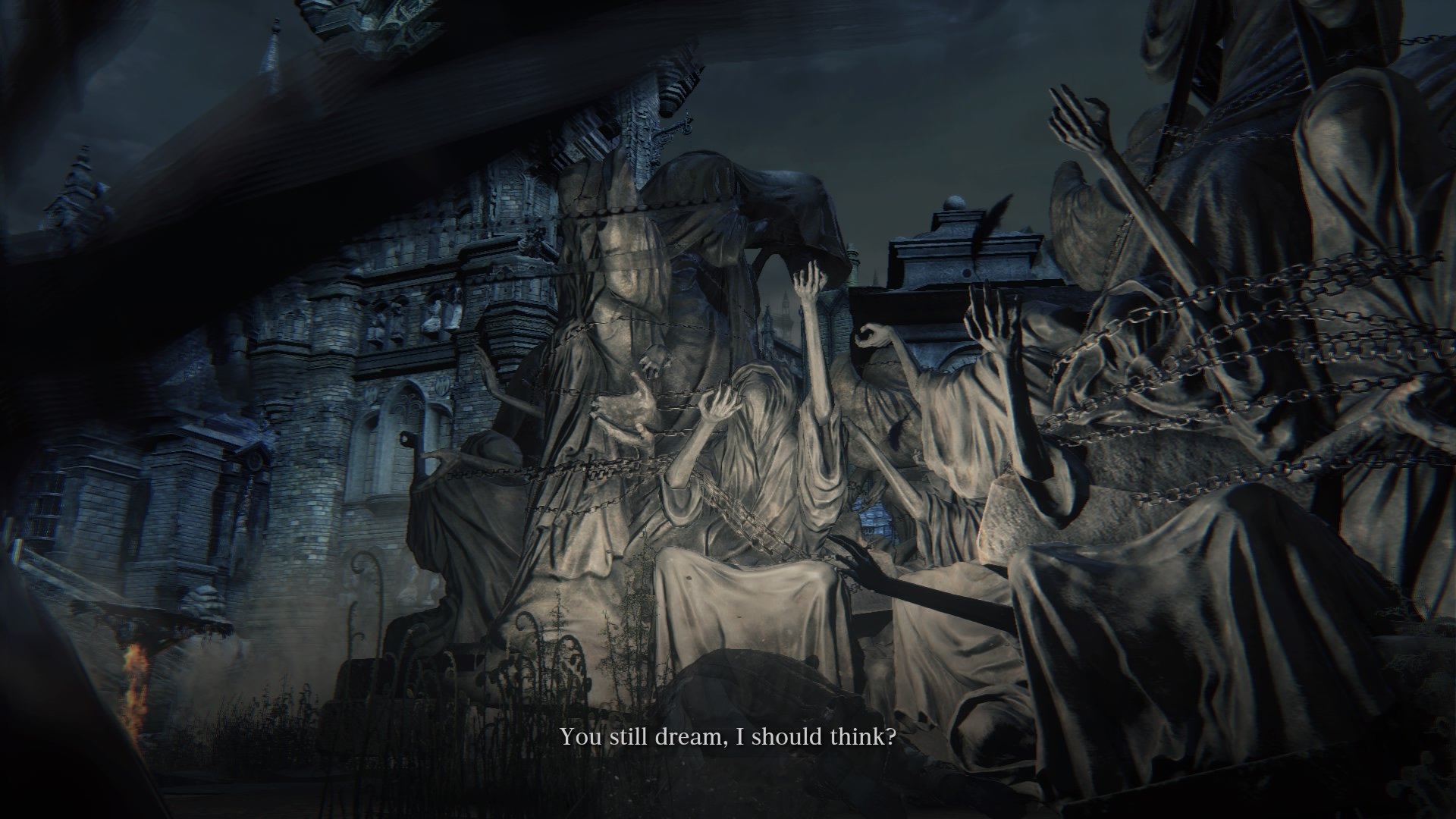 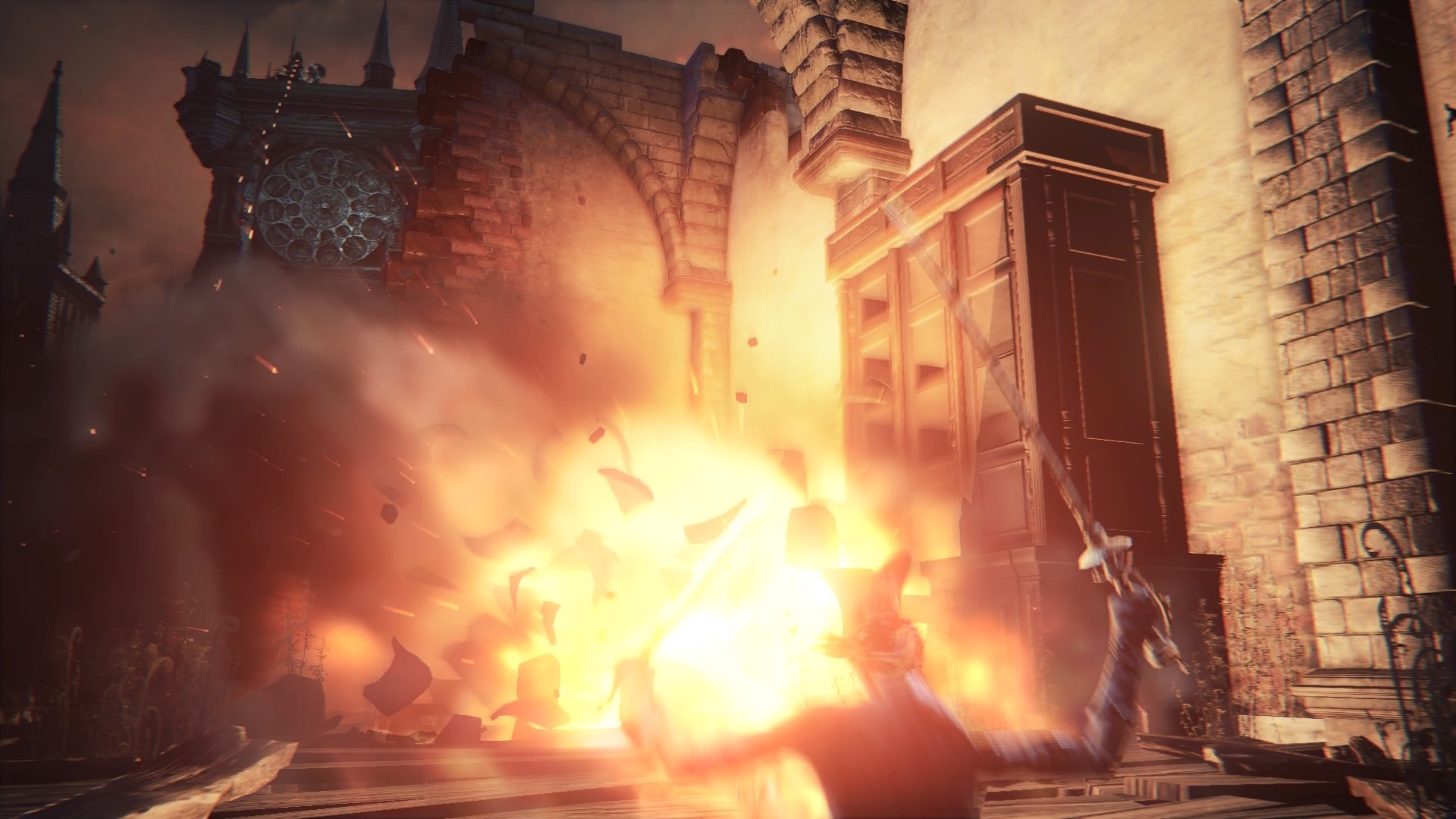 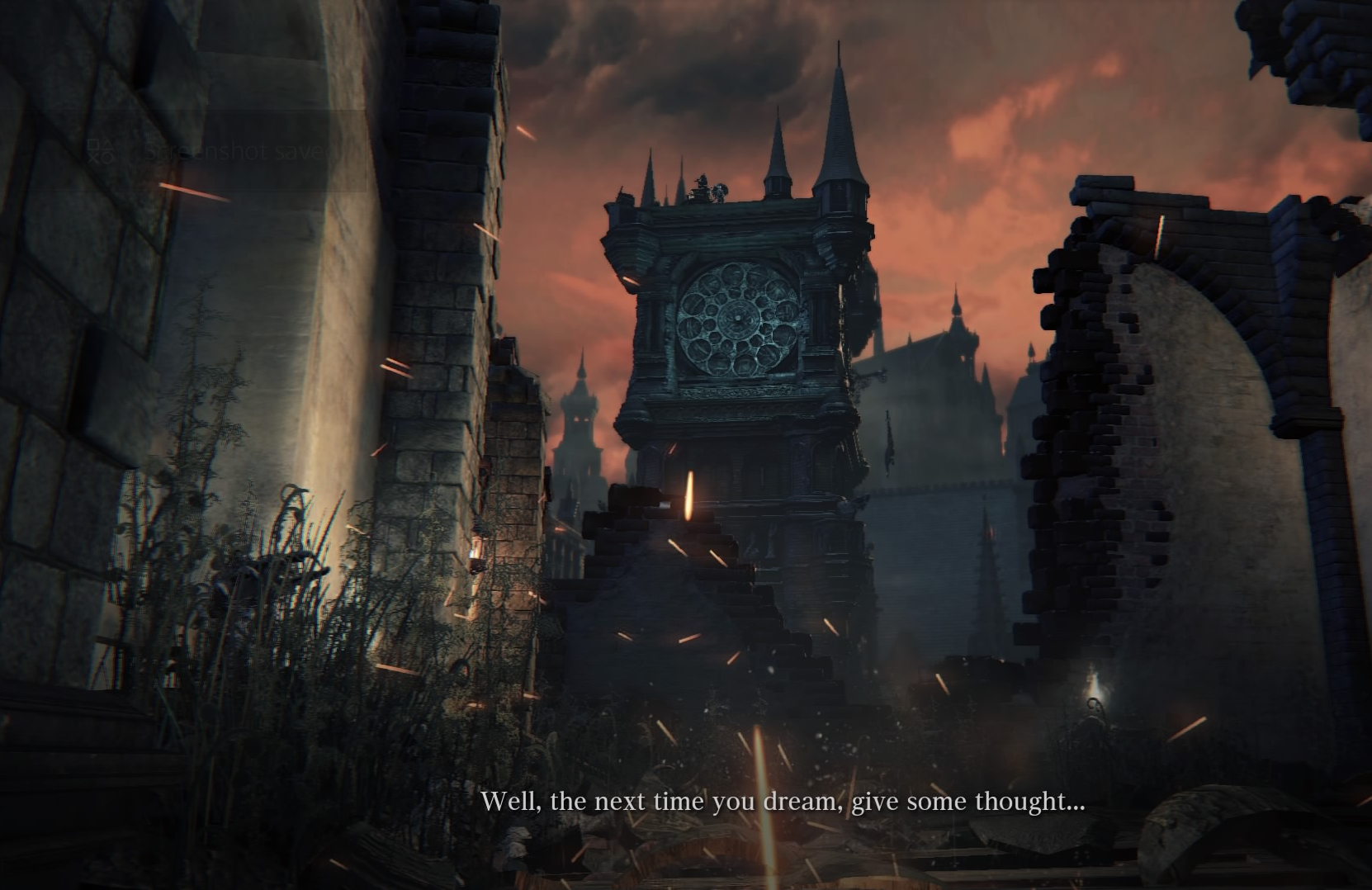