Bloodborne's online mechanics are similar to the previous Souls games. Summoning allies into your world, invasions, and covenant PvP are still present, but there are some slight differences. If you don't know how to summon / having trouble summoning / invading players, see the information below.

Note: PvP "rules" are quite controversial within the Souls community. Some players believe that certain tactics make the game less fun for everyone, and players are obligated to not indulge in them. Some players believe that the only priority of playing Bloodborne (or any competitive game for that matter) should be to win, whatever the cost. Many believe that the boundaries of what they are willing to do shift depending on their opponent's decisions. As a player, you are free to make your own decisions about your own behavior. (See the discussions below for more info about PvP rules controversy)

(PvP)
There are no formal rules to be followed in PvP. Players may accept or forgo any advantage to have an experience which is most fun for them. Some advantages commonly abandoned include: 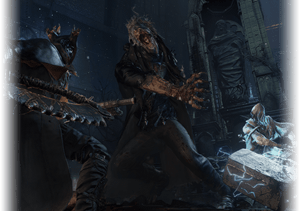 Messengers will aid your cause: 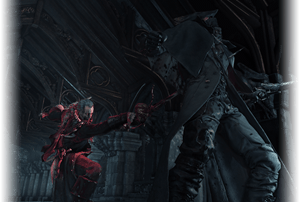 Player-versus-Player, or PvP matches are one-on-one bouts that take place in pre-determined areas, where the host's boss also has to be alive. The player being invaded is the host, while the aggressor is the guest.

Online sessions will last until a boss is defeated by the co-operative group, or until the host or invader is vanquished in a PvP match or by an enemy or the boss.
Regular Online Play rewards:

Bloodborne also has asynchronous online element. Players can leave hints and messages for other players in other game worlds. Graves are erected where players have fallen in the game world, and touching them replays how they died. And players can see phantom images of other players running around in the same areas for a limited amount of time. So it's essentially Demon's Souls and Dark Souls in this area.

Chalice Dungeons are split into two types: normal and randomly generated. Both can be played offline and online, but random ones require connecting to the internet once in order to connect to a server and download data. Players' Chalice Dungeons can be publicly accessible and shared online.

An update will go live on release day, which will include online optimizations, enhanced game performance and usability, and a few other things. See Patches for more information.

Sony clarifies that PlayStation Plus is required for co-op and player-versus-player, but not required for downloading updates and getting the necessary data to generate a Chalice Dungeon. 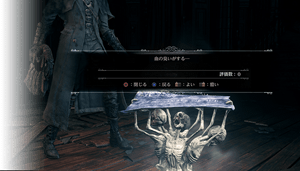 Memoirs are notes left by other hunters in the world, asynchronous tips for your playthrough 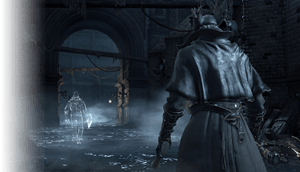 Illusions are spectral appearances from other hunters, that may give you hints as to how to proceed. These kinds of projections may be other players in their worlds in real-time or specifically coded ghosts to guide you in the right direction 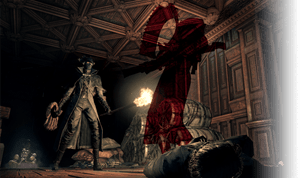 Portraits of other player's deaths can be seen by touching their graves, that mark the spot at which they were defeated.

Multiplayer Items in Bloodborne are those used to connect to, interact or communicate with other players.