The control scheme for Bloodborne is very similar to the Demons Souls and Dark Souls series, however there are some differences as timing and positioning mechanics are introduced.

Use Consumables that are equipped

Below is an image from the Gamescom 2014 demo. 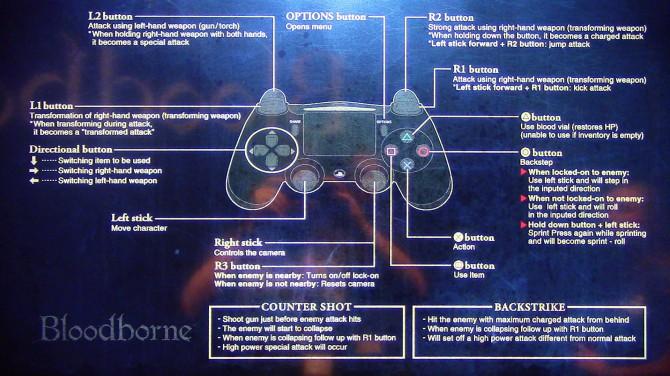