Darkbeast Paarl (黒獣パール Kokujū Pāru lit. "Black Beast Paarl" ) is an optional Boss in Bloodborne. A malformed beast enveloped in blue lightning. With a long body made of only bones, and a wrinkle-covered skull, people say this beast must be very old, very ancient. Or perhaps, it is a descendant of the city of the plague of beasts.

As with most enemies, dousing Paarl with an Oil Urn followed by hitting him with a Molotov Cocktail will cause massive damage. Additionally, the hits will sometimes knock Paarl off balance and dissipate Paarl's electric charge. While he's off balance, the Hunter can charge in and attack his legs, furthering the stun and causing Paarl's legs to give out altogether. Once Paarl gets up he will try to gain distance to restore his Bolt aura, allowing an easy re-use of the combo and further stunlock until Paarl is dead. (You can save quit out of the fight to reload on the safe side of the fog gate and you can aim with the Monocular and throw Oil Urns and Molotovs until you are out. On ng you can take out more than half of it's health before even stepping foot into the fight.)

This is an easy and effective strategy. Using this I beat the boss on my first try. When you start the fight rush in and get under him as fast as you can. Stay locked on and keep attacking with a 2 handed Hunter's Axe. Spin attacks are efficient but should be used carefully. With any luck you can cut one of his legs and stun him. Then just keep spamming attacks until he gets back up. Rinse and repeat. If he does his AOE attack try dashing into the bottom of his head (into the bottom of his jaw) as soon as he's about to blast it. Make sure you attempt this from under him. By doing this you don't take any damage! Further testing may be required, but this technique had me kill him in less than a minute with a +6 hunters Axe (26 strength, 18 skill). Good luck!

Make sure you are stocked up blood vials, Quicksilver bullets (for Phantasm Shell) or Fire Paper, a weapon you can use it with ( Threaded Cane +6), and armor with high bolt resistance.
The key here is to do some dry runs to get his move-set down. Paarl is very much an offensive boss so you will just have to wait for your opportunities.
1. It's recommended getting your Fire Paper or Phantasm Shell off as soon as you get in the arena as Paarl roars. Then sprinting off to left and getting ready to dodge.
2. You should be close enough now to lock on and be ready to dodge since he usually does his swipe attack first. There are two ways to dodge this attack. You can either be far enough away from it or close enough to his body. Getting close will give you an opportunity to attack (but he will go for an AOE bolt attack so get out quick).
3. Your goal is to get enough damage on him to knock his charge off of him and stun him. This will give you a chance to do a visceral attack on him from the front. The window on this is very short so be careful. It's worth it though as it does massive damage.
4. Don't feel bad if you spend most of the fight dodging his moves and healing. Just make sure you can get a few hits in by dodging in front of his swipe attack and getting behind him.

You're going to have to learn to be offensive 90% of the time, make sure you have a +6 weapon. Now as soon as the fight starts run to one of his front legs and hit it (unless he's about to do a AoE then run away), now dodge his attacks and hit his legs, do this and he'll fall once then go to his face and introduce your fist to his skull. Repeat the following until your victory (if your on NG you'll only have to do this once and win).

A little strat I did to beat Paarl without tearing my hair out.

Now from here on, keep getting underneath it and charging those R2's, always full charge, DO NOT LET GO TO AVOID HIS BURST ATTACK! The charged attack WILL knock him down and he can't discharge.Antal will likely angro on Paarl, this should cheese him via stunlock. Oh, and enjoy watching Paarl squirm. 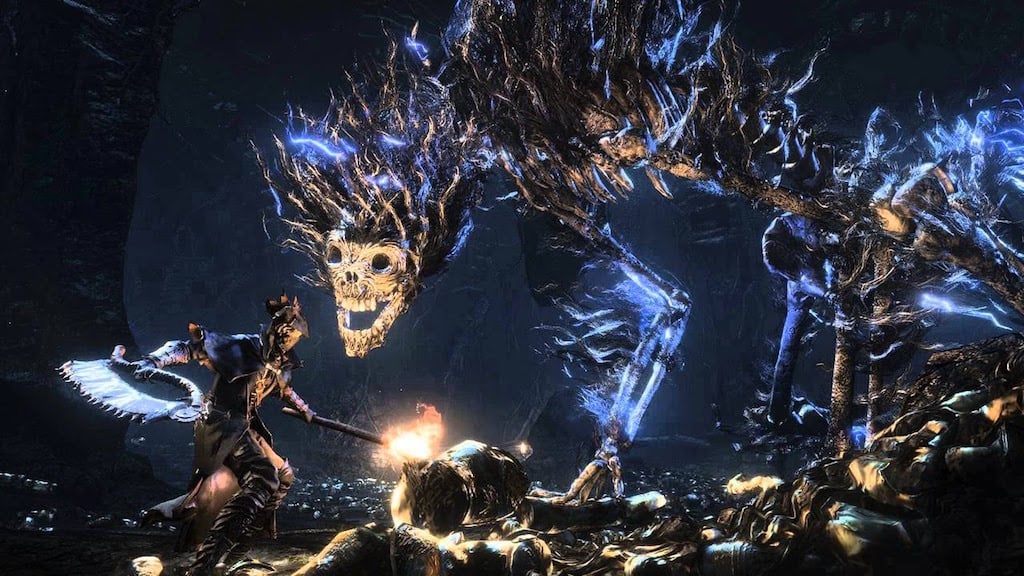