Ludwig, The Accursed (醜い獣、ルドウイーク Minikui kemono, Rudouīku lit. "Ludwig, the Unsightly/Hideous Beast") is a Boss in The Old Hunters Expansion for Bloodborne. He was also the founder of the Healing Church Workshop, and first hunter of the Church. He is also known under his official title; Ludwig, The Holy Blade (聖剣のルドウイーク Seiken no Rudouīku lit. "Ludwig, The Holy Blade"), and adopts this title in the second phase of his fight.

"Ahh, ahh, please... help us... Ah...
An unsightly beast...
A great terror looms!
Ahh... Ludwig the Accursed is coming.
Have mercy... Have mercy upon us..."
NOTE: THE ABOVE DIALOG DOES NOT BELONG TO LUDWIG, BUT RATHER AN AS-YET-UNNAMED LIVING CORPSE. This character can survive the battle with Ludwig and may be spoken to afterward, though he will only further cackle maliciously.

Dialogue after Ludwig reaches half of his health bar:

"Aah, you were at my side, all along.
My true mentor...
My guiding moonlight..."

Dialogue after defeating Ludwig while NOT wearing Church Hunter attire:

"Good hunter, have you seen the thread of light?
Just a hair, a fleeting thing, yet I clung to it, steeped as I was in the stench of blood and beasts.
I never wanted to know, what it really was. Really, I didn't."
(He will then proceed to wail and howl wildly until you kill him, or speak to him while wearing Church Hunter attire.)

"Good Hunter of the Church,
Have you seen the light?
Are my Church Hunters the honorable spartans I hoped they would be?

(Answer yes)
Ah, good...that is a relief.
To know I did not suffer such denigration for nothing.
Thank you kindly. Now I may sleep in peace.
Even in this darkest of nights, I see...the moonlight..."

(Answer no)
Oh, my.
Just as I feared.
Then a beast-possessed degenerate was I, as my detractors made eminently clear
Does the nightmare never end?!"

Ludwig's left and right sides can be injured individually and will take additional damage from all attacks thereafter; he will also be temporarily stunned when one side is injured allowing for a few more swings before he recovers. Unlike many other bosses Ludwig will not regenerate damaged limbs, so take full advantage of this and focus on one side for optimal damage or injure them sequentially to keep him immobilized. Repeated blows to the head during Phase 1 will stagger him, at which point you can perform a visceral attack on his face. If you have a Cannon, it cane be used with Bone Marrow Ash to attack Ludwig's head and stagger him very quickly. During Phase 2 Ludwig will stagger after sustaining enough damage, at which point a visceral attack be be initiated from the front of his torso. His sides can no longer be injured at this point., but breaking his super armor will still cause him to stumble. The transformed L2 attack of Whirligig Saw is supremely effective for quickly injuring Ludwig's legs, especially when augmented with Fire Paper; during Phase 2 it is one of the fastest and easiest ways to stagger him.

Phase #1: Ludwig, The Accursed
His first phase is easily the hardest part of his fight, as his fighting form is annoyingly random and un-organized. The first few tries against him should be used to study his movements, his timing and find open spots in his attacks. Once you've learned the timing of his attacks, you can take the fight to him. A general tip is to close in and get out quickly, never stay close to him for too long at a time. Both his sides are vulnerable for attacks, while placing yourself under him is generally a good strategy. (Aim for his back legs.)

Phase #2: Ludwig, The Holy Blade
Ludwig becomes more graceful and organized when he picks up his blade and enter his second phase, but don't be fooled, he is still very aggressive. His range is increased and he becomes harder to hit as he stands up more, limiting the area you can hit him in. The best way to approach him is to not wait for him to attack, but to close in on him right away. Dodge through his attacks, not away from them. Be aware as he fires energy waves from his slashes.

Whether you're bringing in Valtr or another player with you, co-op does not necessarily make this fight any easier, but it definitely makes it a lot less hectic. 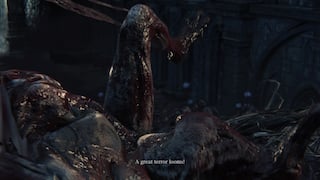 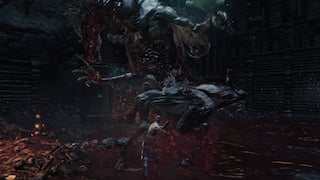 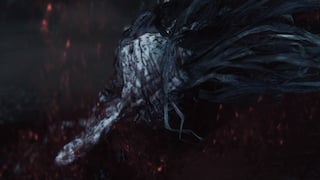 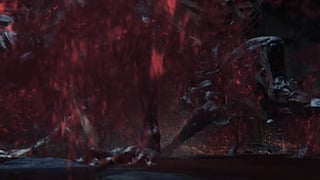 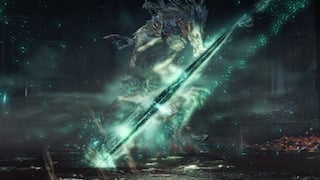 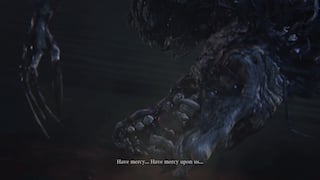