Orphan of Kos (ゴースの遺子 Gōsu no ishi lit. "Orphan of Gos") is a Great One Boss in Bloodborne. He is considered the final boss of The Old Hunters DLC. He is the son of Kosm.

This boss has two noticeable phases:

Most, if not all, of the melee attacks this boss does can be parried for visceral attacks, even those that involve him jumping. Some attacks are easier to parry, some are almost impossible. Here is a list of the easier ones: 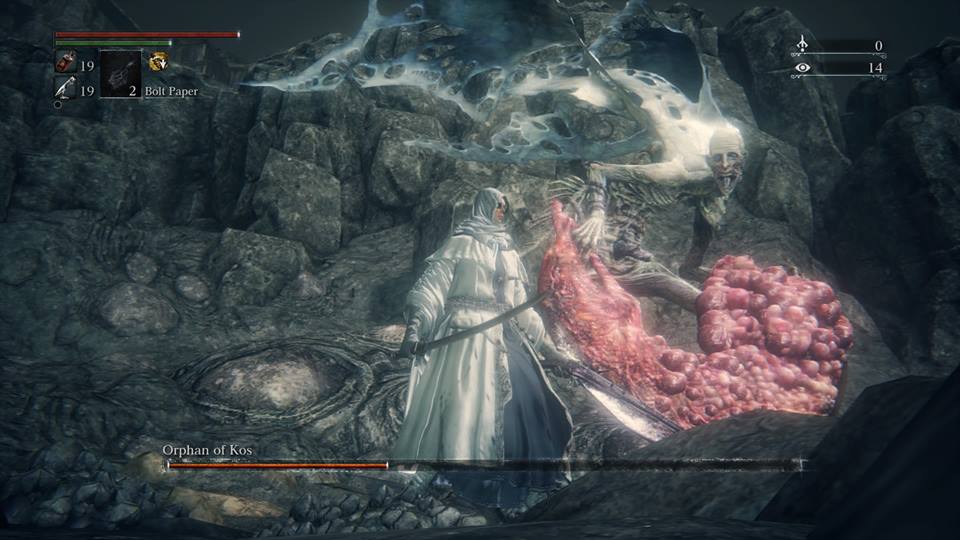