Pthumerian Elder is a Chalice Dungeon Boss in Bloodborne.

This Pthumerian royal is a magical expert with a big bag of tricks. He can change his staff into almost any weapon and many of his attacks have magical secondary effects, fireslashes, explosions, summoning flaming spears underneath you. They can appear in any root chalice dungeon and are a good source of Cold Blood Gems

The elder is a tough boss to be sure. He's got range, teleportation and his attacks have a MASSIVE hit box. Your going to have to be a little inventive to survive here. But my main suggestion would be this: Don't lock on and never run, always role. His attacks are super wide, and the short dodge simply can't get you to safety most of the time. If you don't lock on, you will roll further and hopefully behind him and outside his range. Then you are free to get a few strikes into him. Also as I said, never walk towards him. He loves to use his super fast spear/slash combo on you while you are stunned. Constantly rolling reduces the chance of him hitting you. This is the same for his crossbow attack. This might seam like a small change, but it can help a lot. Remember, be persistent, and you will get it eventually.

Use fast weapon like Saw Cleaver in short range mode. Tactic here is to wait for openings to get close savely and then spam R1. If he does not teleport try to cancel his attacks with occasional L1 mode change attack which might stagger him. While attacking slightly moving right helps to avoid some of his swings. When he teleports away immediately start dodging because he especially near walls he can teleport behind you and attack with sickle.
To get safe openings to dash in close, keep your distance and avoid those dangerously fast lance pokes. Stay in one quick step+some walking distance away from him. In his first phase safe openings are mainly the crossbow attacks and if you can counter shot the scythe. In second phase, if you keep your distance, safe openings are lance charge (dodge forward) and scythe jump (also dodge forward). The scythe swing right after raining fireball attack is easy to counter shot. In top of that poison knifes work too. 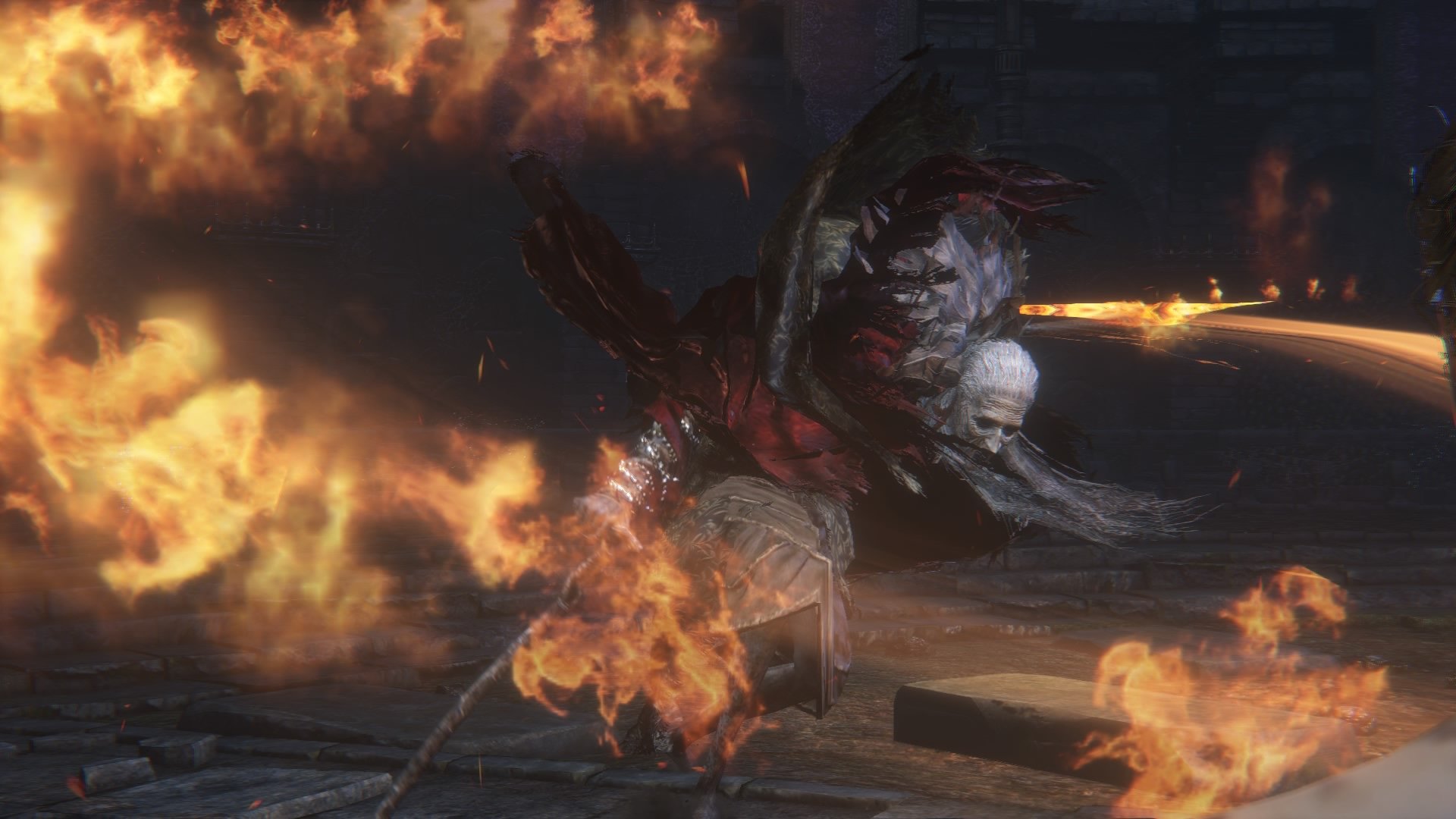