The fight with the Moon Presence begins immediately after you've beaten Gehrman, The First Hunter. Chances are you're probably low on blood vials and quicksilver bullets so the recommended tactic is to allow the boss to kill you or use a Bold Hunter's Mark to refresh your stocks (nevertheless, attempting to beat the boss with what you have is still a good idea if you are confident). If you're fighting the Moon Presence, Gehrman won't have dropped any Blood echoes, so you don't need to worry so much about losing them.

As with most of the bosses in the game, the Moon Presence is weak to bolt and fire (arcane untested at this point) so bolt paper/fire paper, a fire imbued weapon or the Tonitrus leveled to at least +8 are recommended for this fight.

While the Moon Presence is very aggressive, the fight is much easier than the Gehrman battle. It will chase you down quickly, but its 3-hit combo can be easily dodged, allowing you to get behind the boss and score a quick combo. In fact, if you happen to be co-operating on this fight, the ends of the boss' tail can be hit, so if it is not focused on you, there is a perfect way to safely deal damage.

Besides the combo attack, the main melee attack to be cautious of is its tail swipe. It will spin on the spot and its tail will catch you like a mace, knocking you down. Fortunately, it doesn't come back to deal damage when you're on the ground, so get out of there quickly.

About a third of the way into the fight it will start using a cone attack. This has it stopping for a few seconds to charge and emanating a large red blast from its head. If you get close enough, quickly enough you can score a charged attack on it, staggering it and opening it up for a visceral attack. However, if you're caught by the blast you'll be knocked back and your health will be dropped to 1hp. The attack will NEVER kill you, but it leaves you incredibly vulnerable. As a trade off, it rests for a few seconds after the attack, so you can either back off and heal or get aggressive and gain your health back via regain.

It will also start secreting a black liquid from its tail. This is the downside of staying behind it. If you're caught in the liquid you're unable to use Blood Vials and therefore, unable to heal. If you're affected by this fluid then caught by the cone attack you're guaranteed to be in a bad position. Eventually it wears off so if you are on low health and affected by this, run and keep your distance until you can heal up. 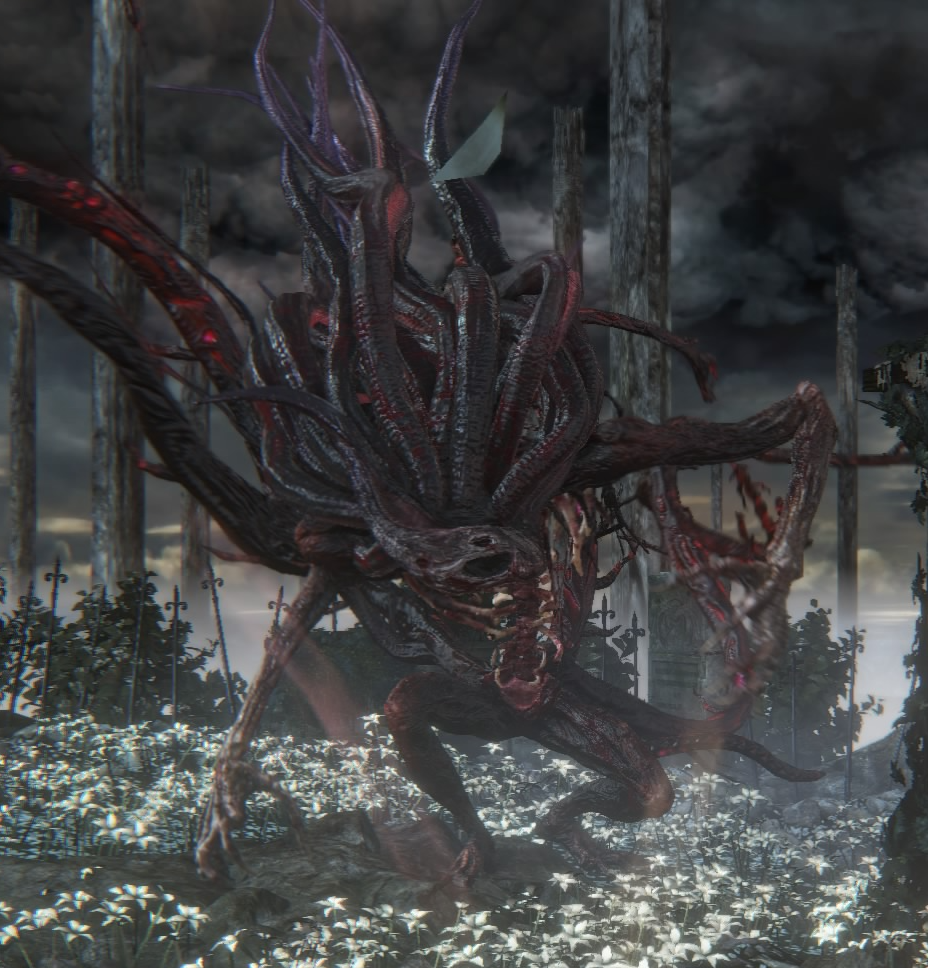 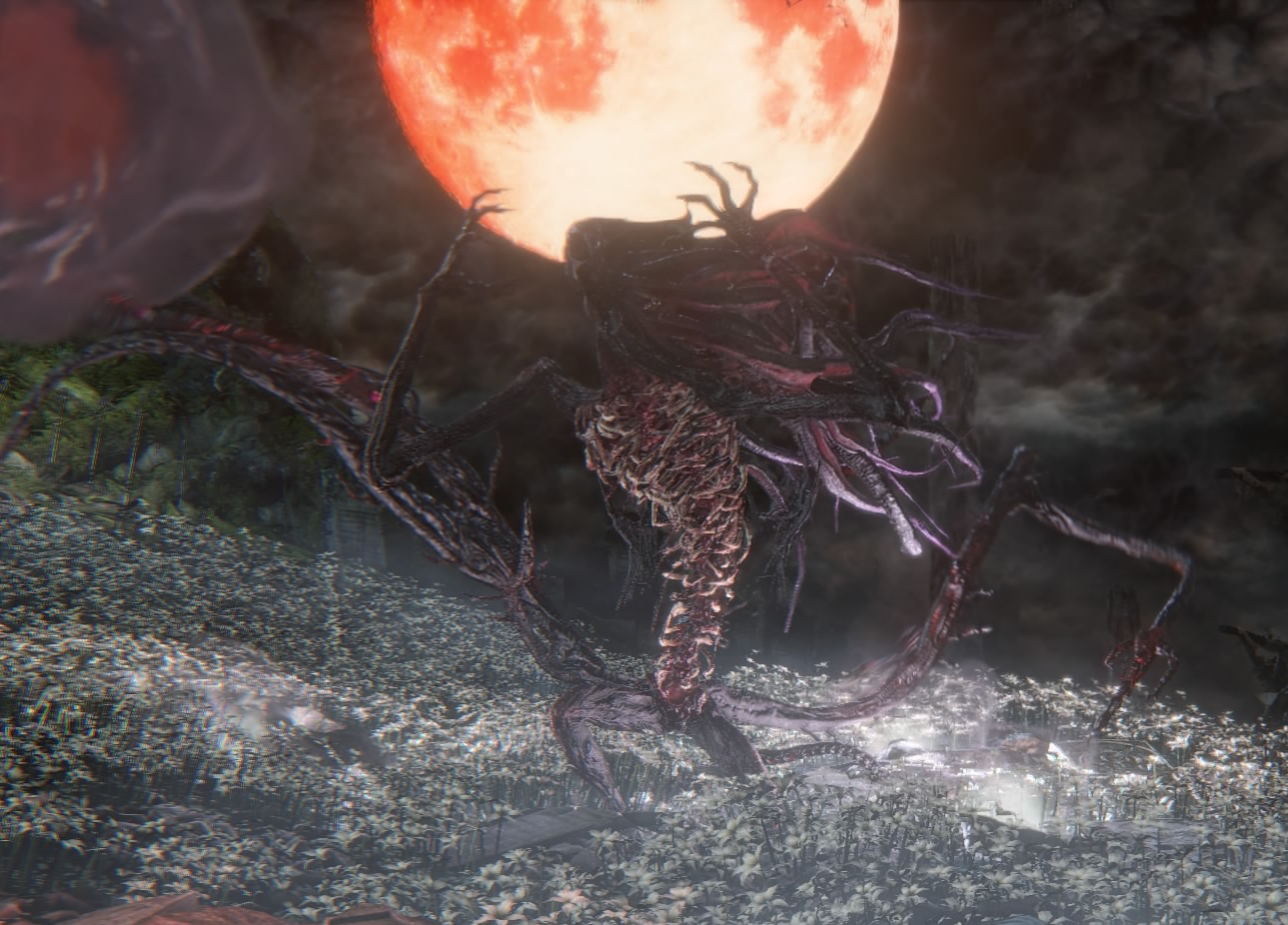