The League is a covenant in Bloodborne. This covenant focuses on co-operative play and was added with the DLC patch in November 2015. 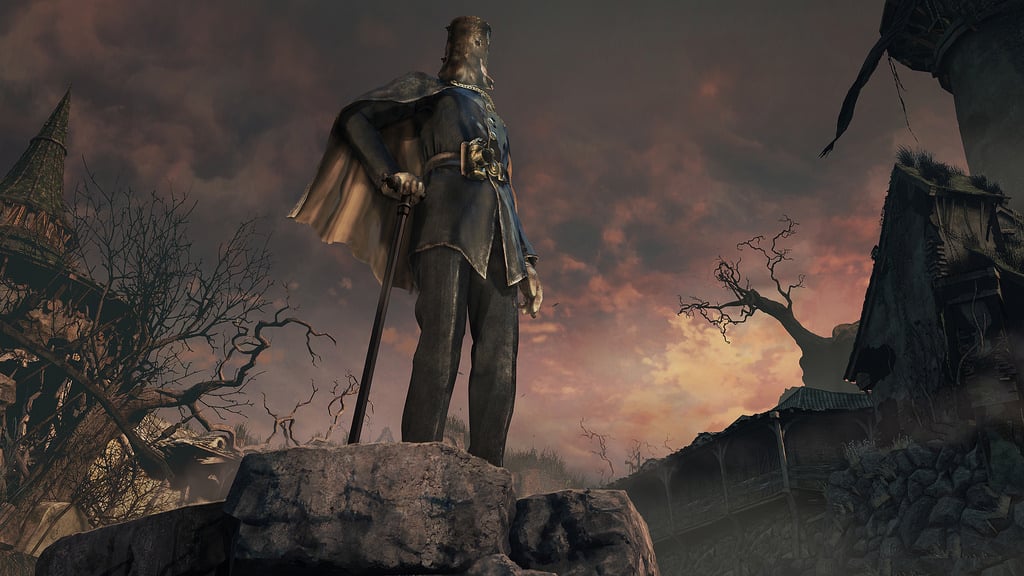 "The League is a band of Hunters who have taken an oath and are bound by a single purpose. By aligning yourself to The League, led by a mysterious figure in a constable's garb and bucket helmet, you can assist other players online in the game and compete in The League's online rankings leaderboard.

In addition to The League, players will also be able to use The League cane and summon co-op NPCs within the game, perfect for tackling challenging areas and bosses."

If you have not unlocked the door to the shortcut hut, you will have to venture into Forbidden Woods.

Valtr: name is a deviation of Walther which stems from  old high-german words: "waltan" to rule  and "heri" army. The leader of an army is a fitting name for someone who leads a small "army" of confederates.