Hunter of Hunters is a covenant in Bloodborne. This covenant focuses on PvP and invasions. Acquire and memorize the Hunter rune to join the covenant. 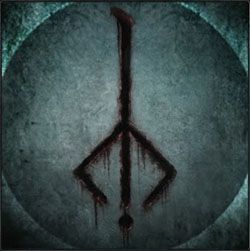 "These watchmen admonish those who have become addled with blood. Be they men or beasts, anyone who has threatened the pledgers of "Hunter" oath has an issue with blood."

The Hunter of Hunters is a covenant devoted to executing Hunters who have gone mad with bloodlust. Like the Executioners, the Hunters are enemies of the Vilebloods and will be hostile to them when summoned into their worlds by the Beckoning Bell, although for different reasons; the Hunters slay the Vilebloods for betraying the Hunter's oath and killing others for Blood, while the Executioners hunt them to punish what they perceive as a blasphemous existence.

The description of both the Crowfeather Set and the Crow Hunter Badge suggest that the Hunter of Hunters originate from foreign lands; their feathered mantles suggest sky burial traditions of their native homeland, in opposition to what the view as "blasphemous" services performed by Yharnam undertakers. The Badge mentions that the Hunters are typically outsiders from the hinterlands - that is, remote countryside far from civilization or out of the scope of known geography, traversed mostly by travelers. Note that this is the only mention of the hinterlands in the game.

It is unclear whether the Hunters are a faction consisting of multiple members at a time; or if there is only ever one Hunter of Hunters in every world, a badge and responsibility that's passed from generation to generation, master to disciple, as Eileen passes onto you.