Threaded Cane is a Trick Weapon in Bloodborne.

"One of the trick weapons of the workshop, commonly used by hunters on their duties. Sufficiently deadly as a rigid bladed cane, but also serves as a whip when its blade is split into many. Concealing the weapon inside the cane and flogging the beasts with the whip is partly an act of ceremony, an attempt to demonstrate to oneself that the bloodlust of the hunt will never encroach upon the soul." 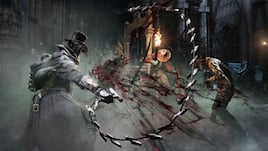 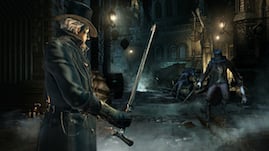