Wheelchair Huntsmen in Bloodborne are a humanoid enemy type. Among the mob hunting the beasts, old men on wheelchairs can be found. Rich elderly men in wheelchairs are a common sight in Yharnam, and often are armed with firearms from the old wars. For those that can't move well, there's only one way to defend from the beasts, and the only mean they have left is violence.

These enemies can't move despite their appearance indicating (with the exception of Flamesprayer variants), but can turn in similar fashion to a turret. Therefore, when the player exits the area/room they are in or gets out of their range, they won't be able to chase after him/her. Bearing this in mind should be enough to dispose of them, as they are not particularly dangerous enemies on their own.

Moving behind them quickly and a swift dispatch is the way to get rid of them.

These enemies come in several variations wielding one of the following firearms: blunderbuss (shooting one bullet before reloading), flamesprayer or Gatling gun.

They have a chance to drop Blue Elixir, Sedative, Antidote, Beast Blood Pellet and Quicksilver bullets. Bullets are most common and Pellets are least common. Elixir, Sedative and Antidote seem to be in the middle. 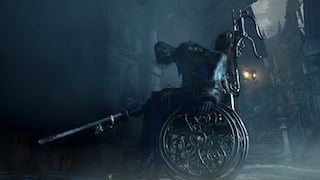 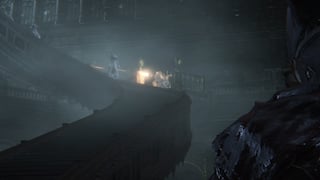