The Mergo's Attendant is an enemy in Bloodborne.

They reside in Mergo's Loft and are not particularly aggressive. They will defend themselves if attacked or alerted by torches, but can otherwise be completely ignored by the player. When aggressive, these enemies will be a threat due to attacking in numbers, and will also act as support to a Mergo's Chief Attendant.

Their damage output is not high, and they aren't a real threat even to mid-level players. They can be easily killed with repeated R1 attacks, with a fast weapon.

Beware the Jester variant which is always hostile and can be very deadly with a crossbow or a whip.

These enemies have a few variations, being: 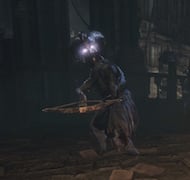 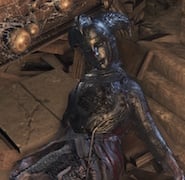 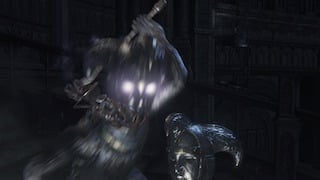