Brainsucker is an enemy and can also be found as a Chalice Dungeon boss in Bloodborne.

The Brainsucker mob has 2 variants, hooded and non-hooded.

The elite version's hood comes off, when they use their Insight-draining grab attack (this does not alter their behavior).

Brainsuckers are possibly the most infuriating enemies as they can spam you extremely quickly and drain your precious insight. Always try to sneak behind them for a charged attack but it should be noted that, unlike most enemies, as soon as you get within striking distance, they will sense your presence and turn around even when walking slowly to sneak behind. Their AOE and ranged stun attacks are very difficult to dodge and after each brain sucking attack (which puts you on the floor) they will immediately repeat and it will often grab you again before you have the chance to get up or dodge.

If you have a secondary weapon upgraded a bit, equip Kin Hunter gems into it (can be obtained from beasts made of corpses that replace the pigs after defeating Rom, in Yahar'gul Unseen Village in the outside area.) As soon as you come into the vicinity of a brainsucker (assuming you do not have the chance to sneak attack) run towards it and prepare to dodge left/right for its ranged stun attack. Alternatively, a safer method is to stun it with a pistol, walk a bit closer, stun again and repeat until you are close range. When you are in striking distance, spam R1 keeping it stun locked and when stamina is expended, immediately dodge back once or twice then left/right (by second or possibly first backward dodge it will use it's ranged attack) and immediately after it attacks use pistol to inch closer and repeat. You'll want a fast weapon as it attacks quickly once it recovers from being stunned.


If it grabs you spam R1 and L1 on the controller and be very cautious when trying to recover. It is not recommended to attack directly after getting up as there is an insanely small window to did anything before it attacks again. It has resistance to blunt and arcane, but is extremely weak to thrust, bolt, and fire. 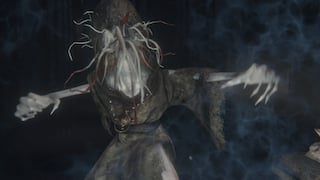 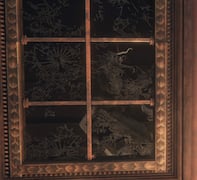 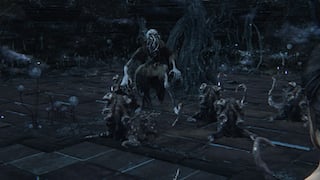