Chikage (千景 Chikage lit. "A Thousand Views") is a katana in Bloodborne. There are 3 versions of this weapon: Normal, Uncanny and Lost. The only known differences being the Gem Imprints and the locations in which they are found

"Foreign-made weapon wielded by the royal guards who protect Annalise, Queen of the Vilebloods at Cainhurst Castle.
When the intricate, rippled engraving that spans the Chikage's blade is imbrued with blood, the sword sings in scarlet hues.
However, the rite eats away at the wielder's very essence."

Results from testing on an unarmored level 120 character with a +10 Chikage with no gems. Numbers are rounded to the nearest 100th. 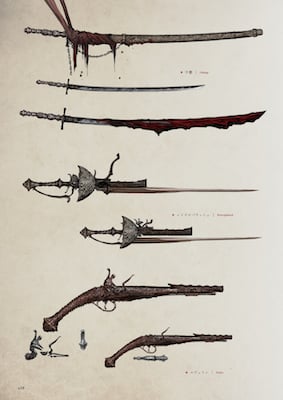