The Beast Cutter is a Trick Weapon in Bloodborne. It was introduced in The Old Hunters Expansion and appears to be the Strength equivalent of the Threaded Cane. There are 3 versions of this weapon: Normal, Uncanny and Lost. The only known differences being the Gem Imprints and the locations in which they are found.

"A trick weapon used by Old Hunters.
This thick iron cleaver slices through the toughest of beast hides, and when transformed the blade splits into sections, allowing one to lash it in the fashion of a heavy whip.
This crude weapon relies on brute force and is regrettably inelegant, suggesting that the hunts of the earliest hunters made for horrific affairs, painted in sanguine black and reds." 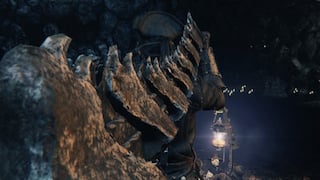 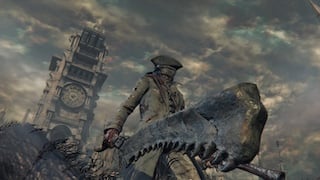