Boom Hammer is a Trick Weapon in Bloodborne. It was added with The Old Hunters expansion. There are 3 versions of this weapon: Normal, Uncanny and Lost. The only known differences being the Gem Imprints and the locations in which they are found.

"A trick weapon used by the old hunters, and crafted by the workshop heretics, the Powder Kegs.
A giant hammer equipped with a miniature furnace. When ignited and fired, it emits a volley of flame that explodes furiously upon impact.
Crush the beasts, then burn them - the brute simplicity of the Boom Hammer was favored by hunters with an acute distaste for beasts."

When the Boomhammer is lit, Beast Patient mobs will back away from the player as if they had a torch equipped. (May need to initiate primed attack first) 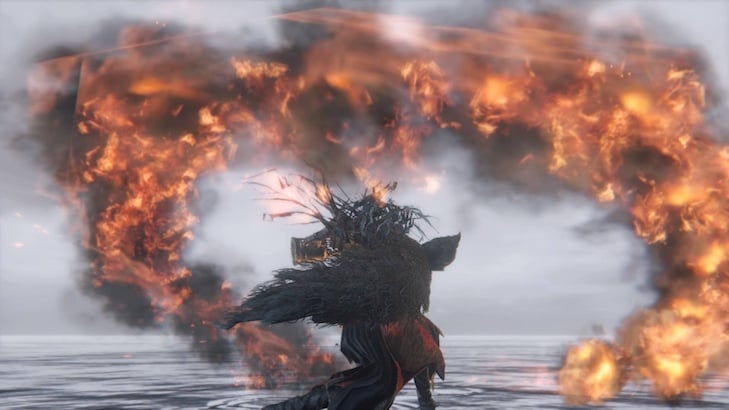 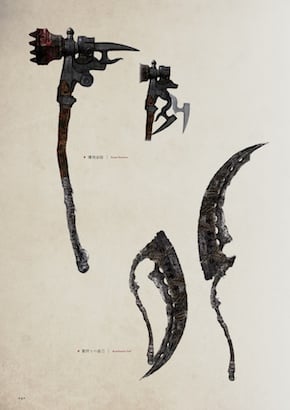