Blade of Mercy is a Trick Weapon in Bloodborne; it's one of two skill/arcane hybrid weapons.

"A special trick weapon passed down among hunters of hunters. One of the oldest weapons of the workshop.
Splits into two when activated. The weapon's warped blades are forged with siderite, a rare mineral of the heavens. Most effective swift attacks,such as after a quick-stepping."

Regular Move set
Numbers were tested on a level 120 player with no armor using a +10 Blade of Mercy.

Transformed Move set
Numbers are rounded to the nearest 100th. 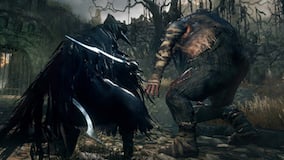 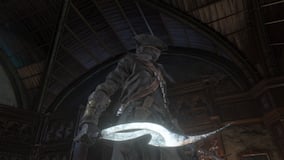 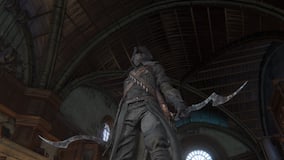