Tonitrus is a Trick Weapon in Bloodborne.

"A unique trick weapon contrived by Archibald, the infamous eccentric of the Healing Church workshop.
Striking this peculiar iron morning star flail like a match generates the same blue sparks that blanket a darkbeast.
Unfortunately, for reasons untold, the hunters of Archibald's time did not fully take to the device."

To find where to get these gems visit here. 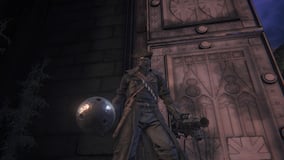 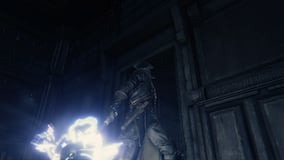