Beasthunter Saif is a Trick Weapon in Bloodborne. It was added with The Old Hunters expansion. There are 3 versions of this weapon: Normal, Uncanny and Lost. The only known differences being the Gem Imprints and the locations in which they are found.

"A trick weapon used by the old hunters.
A second blade is found inside the curve of the main one. In its initial form, the saif can be wielded like a long curved sword, but when transformed, its blade is contracted, allowing for quick, repeated stabs.
Although this trick weapon allows for adaptive combat, it was later replaced by saws and similar weapons that were more effective at disposing of beasts." 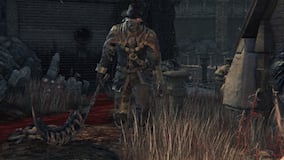 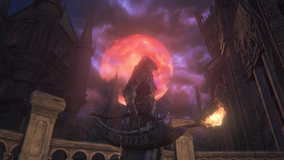 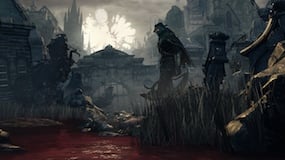