The Saw Spear is a Trick Weapon in Bloodborne. There are 3 versions of this weapon: Normal, Uncanny and Lost. The only known differences being the Gem Imprints and the locations in which they are found.

"One of the trick weapons of the workshop, commonly used by those who dedicate themselves to the hunt. This saw, effective at drawing the blood of beasts, transforms into a medium-range spear. The saw, with its set of blood-letting teeth, has become a symbol of the hunt, and only grows in effectiveness the more grotesquely transformed the beast." 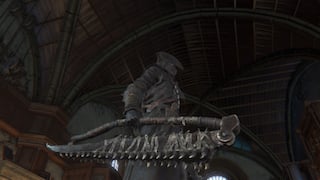 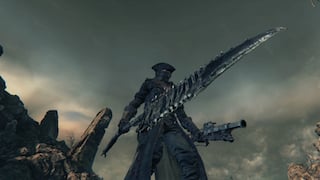