Rakuyo is a Trick Weapon in Bloodborne added with The Old Hunters DLC. There are 3 versions of this weapon: Normal, Uncanny and Lost; which only differ in their Gem Imprints and the locations in which they are found.

"Hunter weapon wielded by Lady Maria of the Astral Clocktower.
A trick sword originated in the same country as the Cainhurst Chikage, only this sword feeds not off blood, but instead demands great dexterity.
Lady Maria was fond of this aspect of the Rakuyo, as she frowned upon blood blades, despite being a distant relative of the queen.
One day, she abandoned her beloved Rakuyo, casting it into a dark well, when she could stomach it no longer." 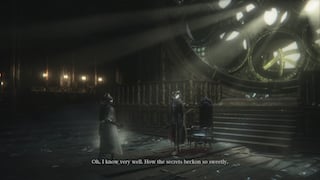 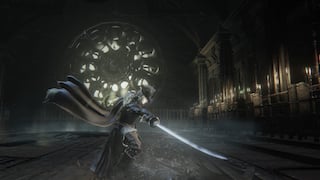 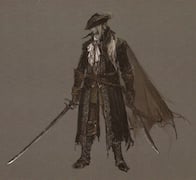