Old Hunter Yamamura is a non-player character in Bloodborne. He was added to the game with The Old Hunters DLC.


Driven to madness by the revelations of Impurity from his Oath, Eastern warrior Yamamura slowly wastes away in a cell, staining the walls with his blood

This character can be found at The Hunter's Nightmare, in one of the cells accessed with the Underground Cell Key.
Can be summoned outside of the Living failures fight (Impurity rune required).

"Shrouded by night, but with steady stride. Colored by blood, but always clear of mind.
Proud hunter of the church.
Beasts are a curse, and a curse is a shackle.
Only ye are the true blades of the church."

Dubbed "Yamamura the Wanderer", this old hunter hails from a distant Eastern land. Pursuing a beast for honorable revenge, he became a hunter of the league; a confederate. But when he stared straight into impurity itself, he was driven to madness.

Trivia
•Probably a tribute to Chikage Yamamura, mentioned in the game credits, as Yamamura even wields the chikage.

1: This NPC serves no mechanical purpose other than his crazed murmuring.
2: Any sort of damage will immediately kill him.
3: For summoning for Paarl, it was after he was killed in the DLC 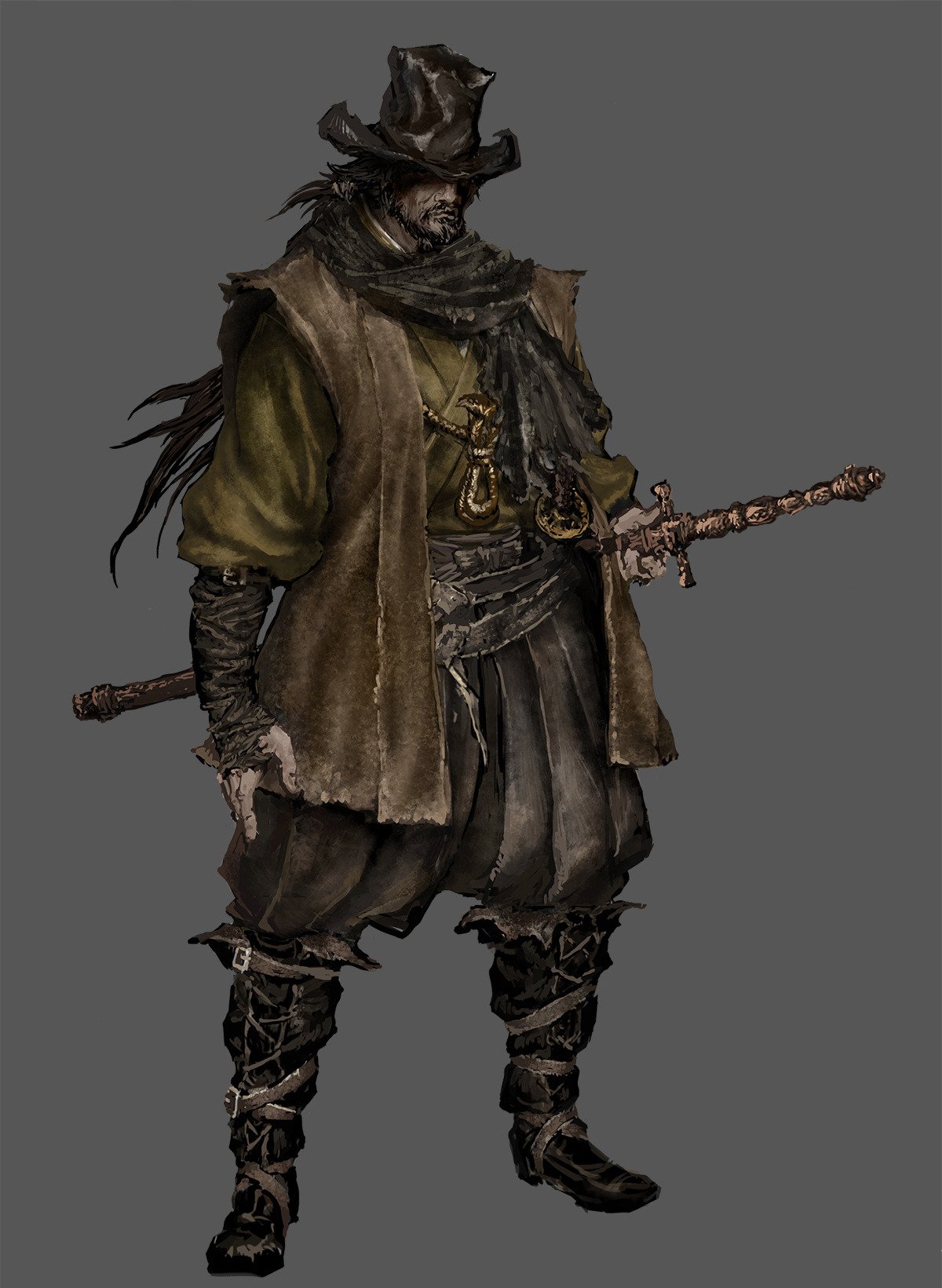