Saint Adeline is a non-player character in Bloodborne. She was added with The Old Hunters DLC.


Deformed and tied to a chair, this survivor of the research process says to be nearing a personal revelation. Helping her may bring about your own enlightenment.

This character can be found at the Research Hall in the room at the first floor of the Research Hall. Needs to be accessed from the back and the higher floors. She is the enlarged head creature bound to a chair.

Saint Adeline seems to be one of the few, if not the last relatively sane survivor of the horrible Healing Church Experiments. Also, she is probably the only successful outcome as she eventually unravels the secret of how to ascend to kin (see the effects of Milkweed Rune), even if she dies in the process. 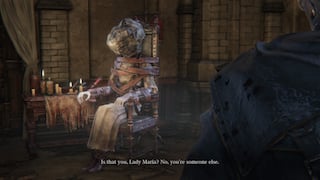 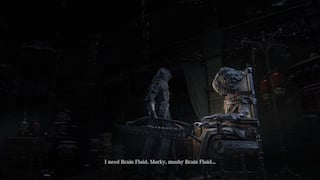 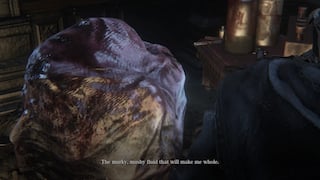