Young Yharnam Girl is a non-player character in Bloodborne. You will meet two girls depending on your choices, they are both the daughters of Viola & Father Gascoigne 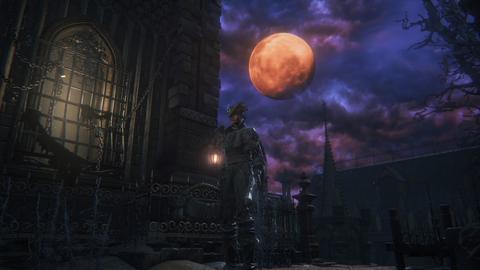 This character can be found in Central Yharnam, behind a window. reached by going around the sewers and climbing back up a ladder past a Troll, she is next to a gate that returns you to the first Brick Troll you met. She asks that you find her mother, Viola, who has gone to look for Father Gascoigne.


1. Return to her after defeating Father Gascoigne and picking up the Red Jeweled Brooch. It can be seen on the rooftop. Just go up the stairs and drop on the roof.
2. Choose whether to give her the Brooch or withhold it (withholding means use it for yourself, don't pick it up, or store it in the Hunter's Dream).
2a. If you give the Brooch to her she will no longer talk to you. Eventually she will leave her home. Defeating the pig in the sewers will yield a Red Messenger Ribbon.
2b. If you don't give her the Brooch, and have visited the Oedon Chapel about it being a safe haven, you can tell her to go there for safety. If you choose the Chapel the blood soaked ribbon will still appear on the pig.
3. Her Older Sister will appear in the window after you either gave the Brooch or told her about the Chapel, and have killed Rom the Vacuous Spider. She will ask you to find her younger sister who has a White Ribbon. Turn in the Red Messenger Ribbon.
3a. Standing outside of her window for a while will trigger a dialog of the sister talking to herself.
4. Reload the area and go down the ladder from the window to find the White Messenger Ribbon.

1a. If you have visited Iosefka after defeating Father Gascoigne and been told about it being a Safe Haven you can direct her to Iosefka's Clinic. The next time you visit the clinic you will receive a Lead Elixir, but the red ribbon will not appear on the pig in the sewers, which also prevents you from getting the white ribbon. But if you now enter the clinic's back door, from the Forbidden Woods, the young girl can be found inside, transformed into a celestial being. She's the one walking back and forth in the main hallway, near the room with the Cainhurst Summons. If you kill her she will drop the Formless Oedon rune.
1b. You may also opt to never interact with her again any time after receiving the music box (or just never talking to her at all) and she will eventually disappear from the window on her own, causing a similar premature end as sending her to the clinic, but with no rewards.


Click to Show/Hide
First interaction with window:
"Who... are you? I don't know your voice, but I know that smell... Are you a hunter? Then, please, will you look for my mum? Daddy never came back from the hunt, and she went to find him, but now she's gone, too... I'm all alone... and scared..."

After refusing to help:
If you refuse to help and talk to her after beating Vicar Amelia and triggering nightfall, she cries: "Mum, come home... I'm alone... I'm scared... It's not fair... "
After accepting quest to find her mother:
"Hello mister(miss) hunter. Still cant find my mum?"
After directing her to safety, and picking up the ribbon:
(From this point on, it's the Little Yharnam Girl's older sister speaking)
"Oh, you haven't by chance... seen my little sister, have you? I told her to look after the house, but she's run off somewhere. She's still quite small, and wears a big white ribbon. Have you seen her out there anywhere?"

Later heard outside while near window, but without interacting with it:
"What a perfect ribbon, and now it's mine. I can't wait to try it on."
Interacting with the window at this point:
"Oh, it's wonderful..." 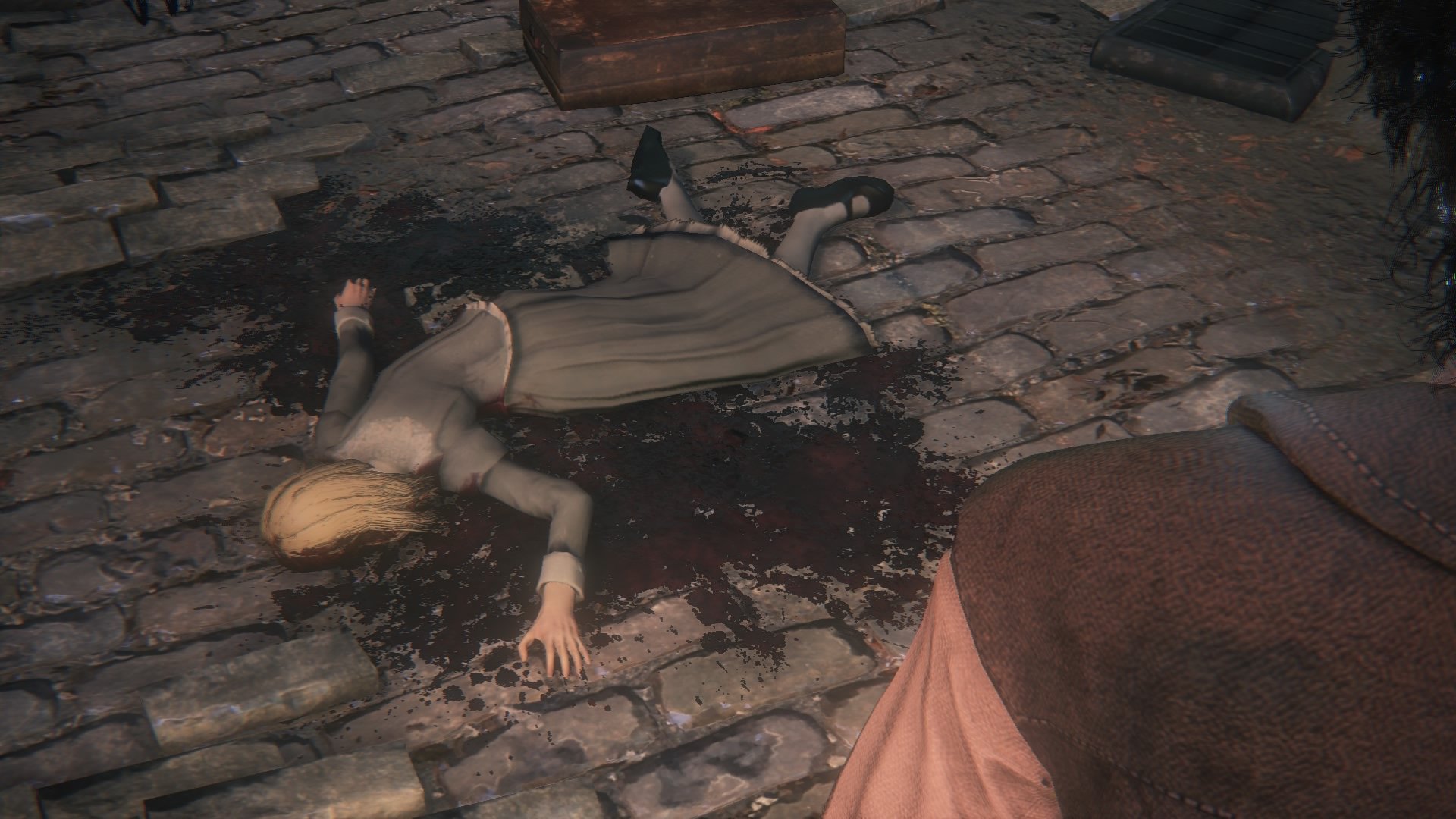