Burial Blade (Japanese: 葬送の刃 Funeral Blade) is a Trick Weapon in Bloodborne. It is one of two skill/arcane hybrid weapons.

"Trick weapon wielded by Gehrman, the first hunter."
A masterpiece that defined the entire array of weapons crafted at the workshop. Its blade is forged with siderite, said to have fallen from the heavens.
Gehrman surely saw the hunt as a dirge of farewell, wishing only that his prey might rest in peace, never again to awaken to another harrowing nightmare. "

Numbers were tested on a level 120 player with no armor using a +10 Burial Blade. Numbers are rounded to the nearest hundredth. 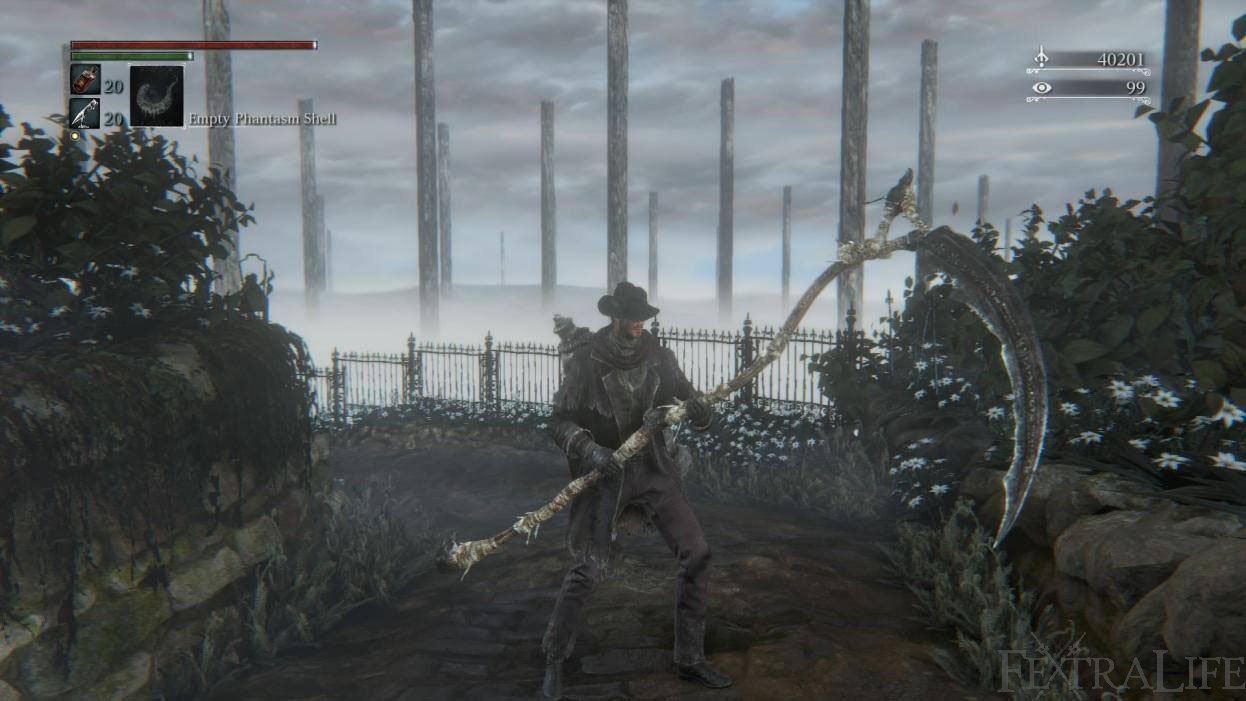