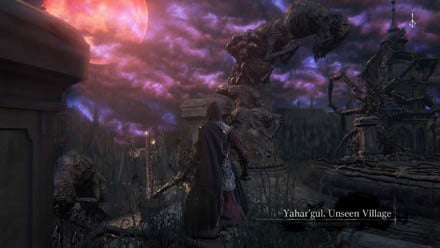 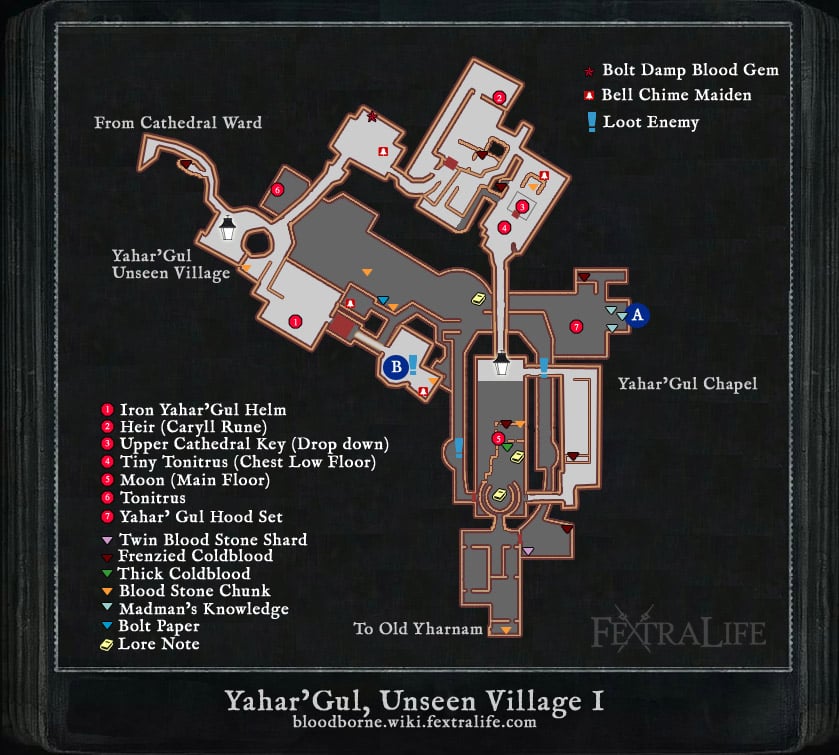 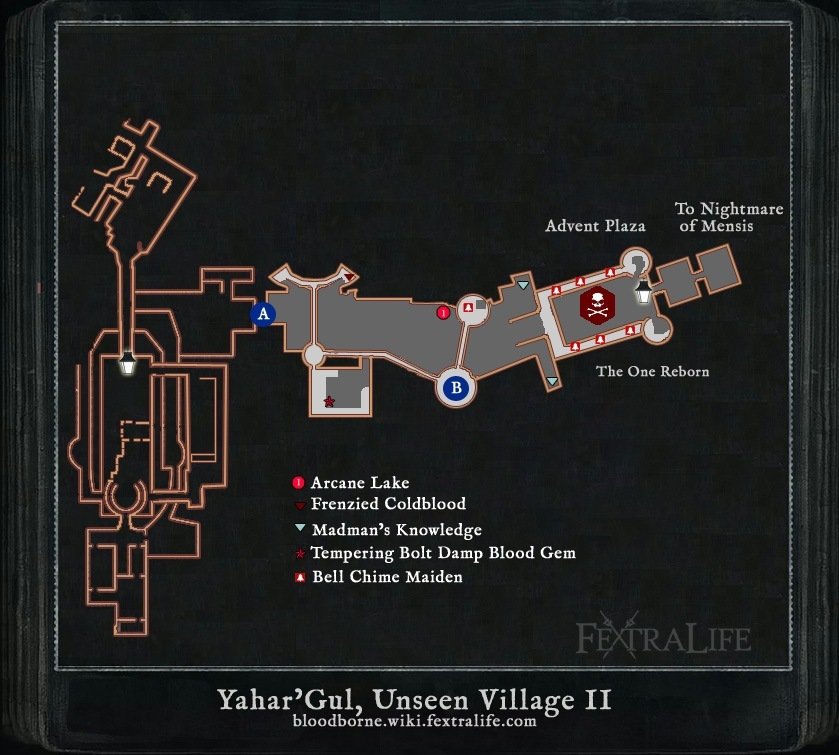 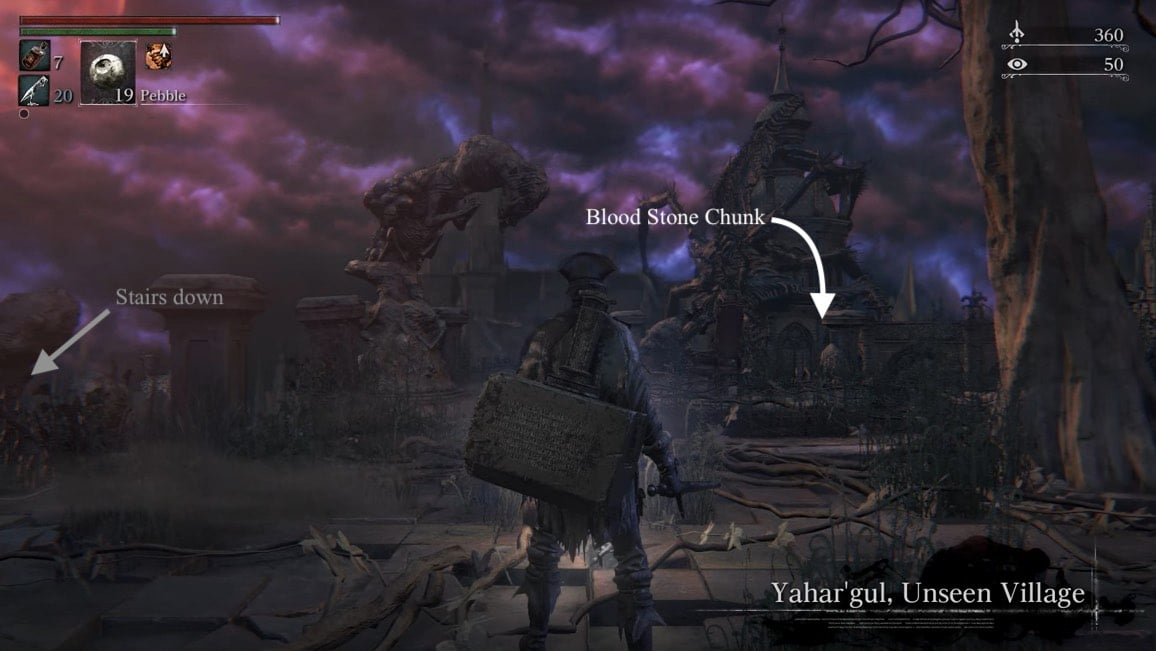 Out the door, turn right and there will be a staircase to your left. Go up the stairs and turn right. Go down another set of short stairs and turn right to fall through a gap in the railing, onto the ledge beneath it. Do this as quickly as possible, as the Chime Maiden in this area spawns a large number of Grave Hags. Once on the ledge, turn left and look around the corner for Frenzied Coldblood(8). Proceed through the doorway into another dark room, but watch out for the Brick Troll waiting inside to the right of the door. Rush the Chime Maiden before dealing with the Troll, and dropping down into the cage in the center of the room, where you'll find the Upper Cathedral Key. Open the gates to exit the cage and deal with a Brick Troll and a Wheelchair Gatling, then open the chest to find the Tiny Tonitrus. 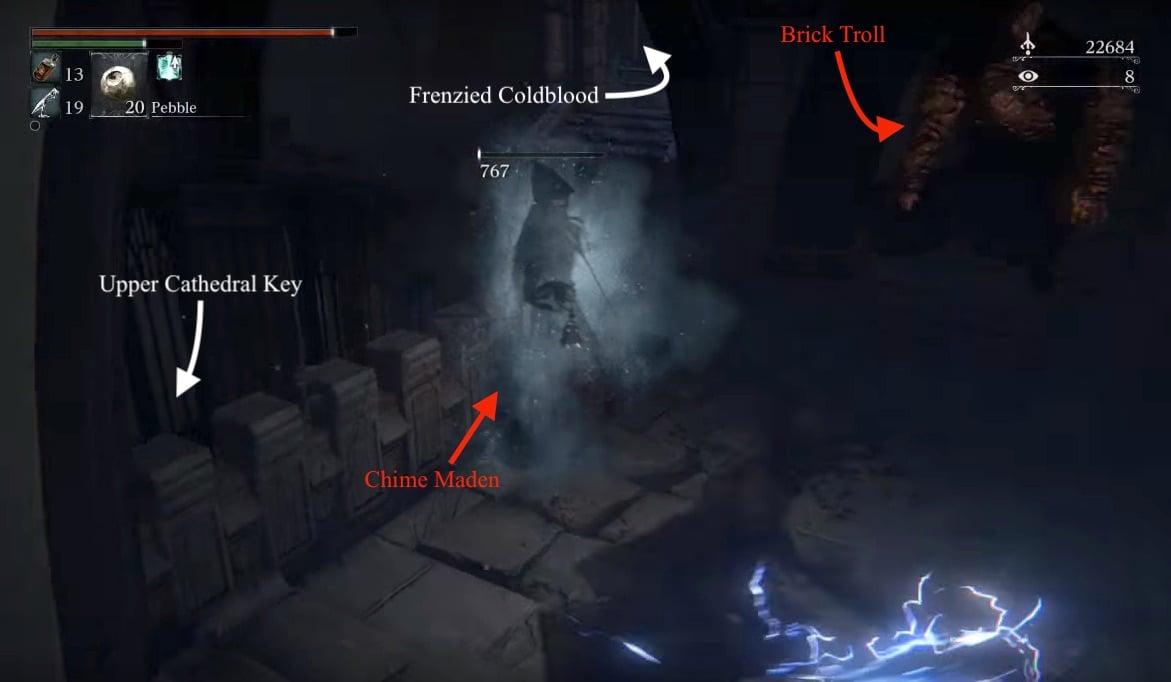 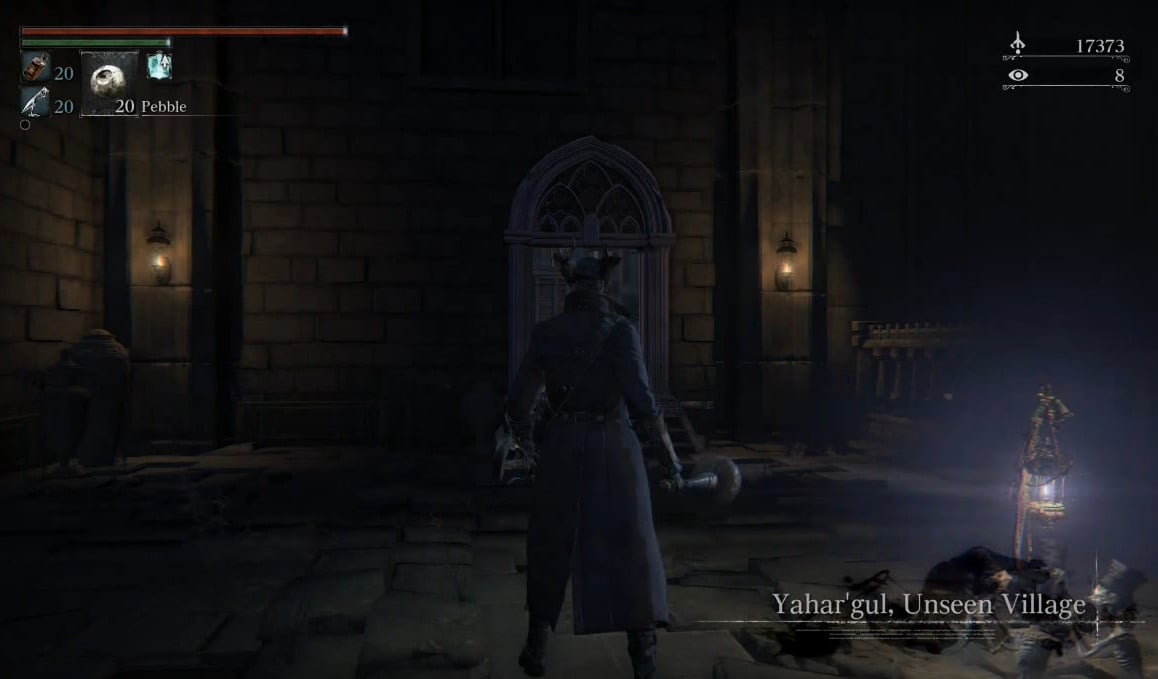 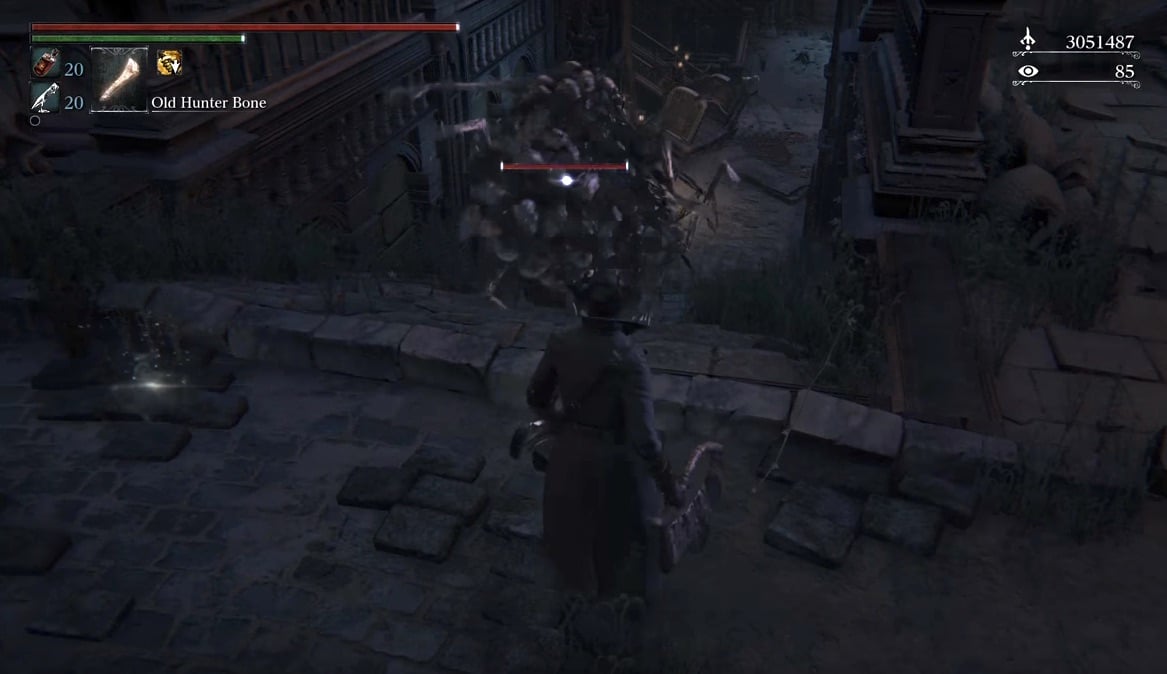 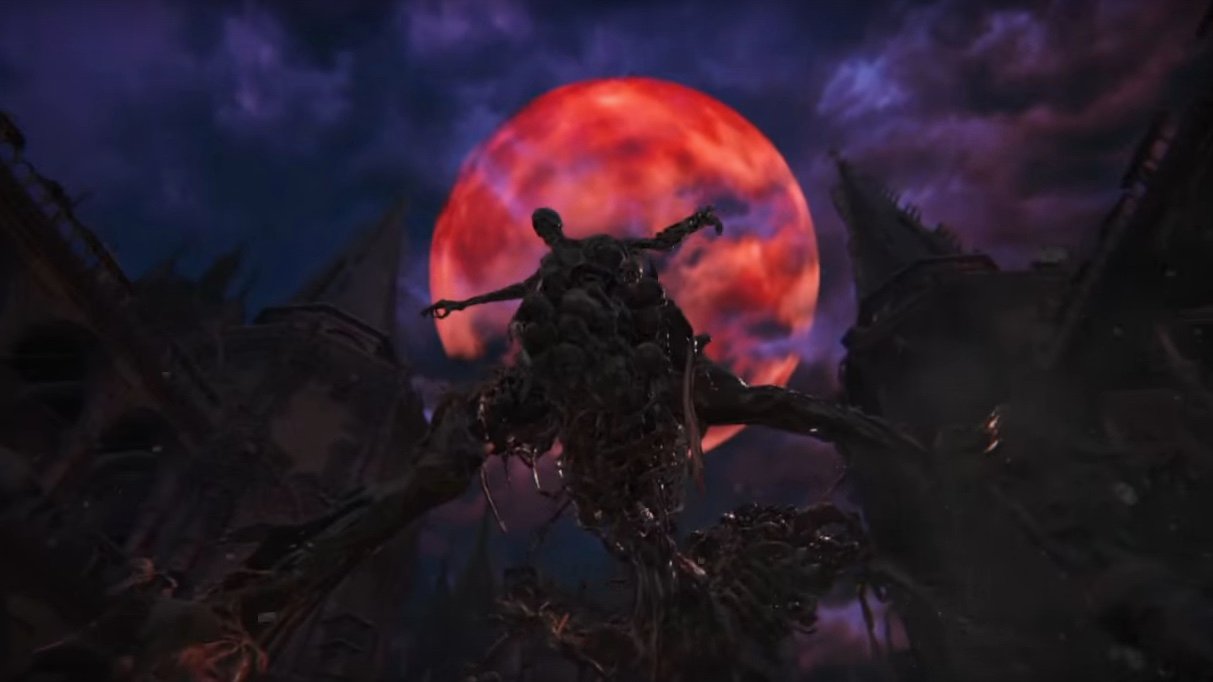