The Hunter is the player character and main protagonist of Bloodborne. Through this avatar, players will interact and experience the world of Yharnam.


Promotional material depicts the Hunter as a male in a grey duster coat, a black tricorn and leather boots. He holds in his hands a Saw Cleaver and Hunter Blunderbuss.

In Bloodborne, the player has access to a feature-rich character creation that allows for appearance and voice customization. The player can also select different origins that align their backstory and starting stats.

The origins of the Hunter are determined by the players themselves, ranging from a middle-class upbringing; a troublesome childhood; a military background or the member of a noble family among others. At some point in their life the Hunter becomes afflicted with an unspecified disease and travels to Yharnam, an ancient city known for its advanced medical knowledge, in search of the rumored "Paleblood", which is said to cure any disease. At Iosefka's Clinic, the Hunter is anesthetized and given a blood transfusion by an unnamed Blood Minister. Upon waking up, the Hunter finds themself alone with a note telling them that they must seek the Paleblood to transcend the Hunt.

Personality-wise the Hunter is presented as a 'silent protagonist'. The Hunter can communicate with the people of Yharnam, such as when they point them towards a safe-haven. However, they lack any kind of spoken dialogue outside of grunts and yells when taking damage.

For an unknown reason, the Hunter travels to Yharnam, home to Blood Healing, a powerful blood remedy that is believed to cure all diseases. Upon arriving, the Hunter receives a blood transfusion from the Blood Minister in Iosefka's Clinic. Said blood grants the Hunter the abilities necessary to participate in the hunt, such as being able to heal themself with blood vials.
After waking up from the transfusion, the Hunter finds a note that tells them to seek the Paleblood to "transcend the hunt". The Hunter then exits Iosefka's Clinic only to be killed by a beast. They wake up again, now in the Hunter's Dream, a place they will travel every time they die in Yharnam. There, the Hunter receives weapon gifts from the Messengers, small skeleton-like creatures that help the hunters trapped in the Dream. The Hunter then returns to Yharnam where they, now equipped with the gifts, is able to slay hostile men and beasts alike. Traveling to the Dream once again, the Hunter meets a Plain Doll, who helps them channel Blood Echoes from their slain enemies into their strength. They also meet Gherman, an ex-hunter bound to a wheelchair who just tells them to enjoy the hunt, and that the Dream is now the Hunter's home.
At Central Yharnam, the Hunter meets Gilbert, a sick man who also came to Yharnam seeking a cure, who speaks to them from inside his home through a window. He points the player towards the Cathedral Ward, home of the Healing Church, telling them that it's the place where the Hunter will most likely find the Paleblood they seek. 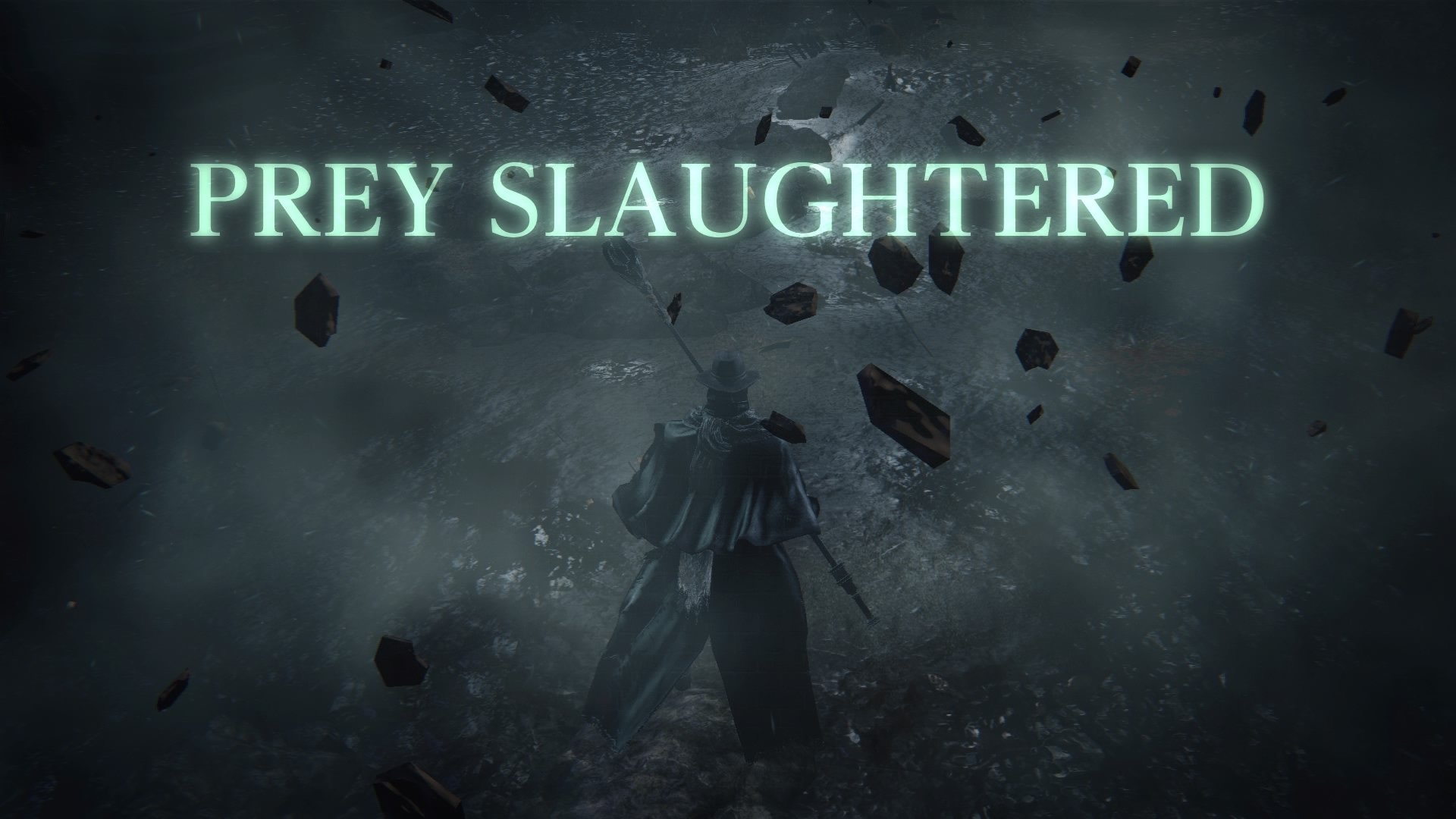