The Nightmare Giant is an enemy in Bloodborne and is part of The Old Hunters DLC. They typically make use of a form of Axe, with the exception of one outside the Nightmare Church wielding a Church Cannon. An incredibly powerful enemy, matched only by the Red-Eyed Hunters in the Hunter's Nightmare.

These massive creatures, going by their garb (bearing similarities to the Executioner Set) appear to be servants of the Healing Church (willfully or not), armed with heavy weaponry, charged with guarding several sensitive Church Locations, including Laurence's final resting place, and an underground passage to the Astral Clocktower.
The creatures themselves are of questionable origin, and have traits reminiscent of neither man nor beast (Although some parallels may be drawn to the Church Giant). They stand several heads taller than the player, stoat and humanoid in shape with a hunched posture. They appear to wear some variant of Church Armor, with a helmet resembling the Yahar'ghul helm obscuring their faces. A mass of bloodied tendrils sprouts from their backs, resembling hair, and what appears to be a purple flame remains lit perpetually inside their helmets.

There are a total of three, one defends the burning cleric beast (Laurence) and the other two are stationed in front of the Ludwig boss battle. They come in two variations: Armed with an axe and armed with a giant Church Cannon

-Axe-wielder: Despite their heavy appearance they are fast and unpredictable enemies. Once their health reaches 50% they will summon an arcane shockwave and their attacks will then be accompanied by small arcane pulses, increasing their range and damage.

They are also capable of sprouting giant tentacles from their "head" to grab you with. This attack also deals arcane dmg and has excellent tracking.

-Cannon-wielder: More predictable than the axe-wielder and has no access to magical attacks. His Church Cannon does not have the range of the cannon used by the Undead Giants but is still very deadly. When you get close to him he can swipe at you with his cannon. 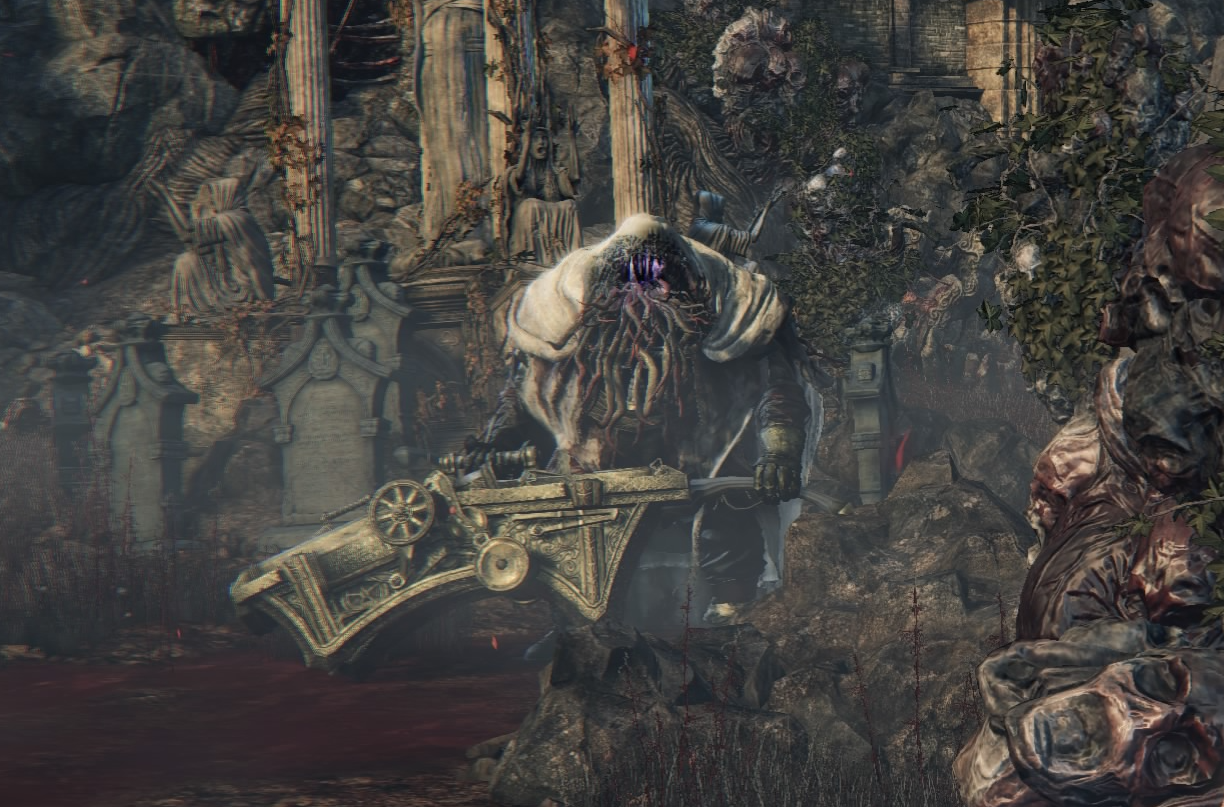 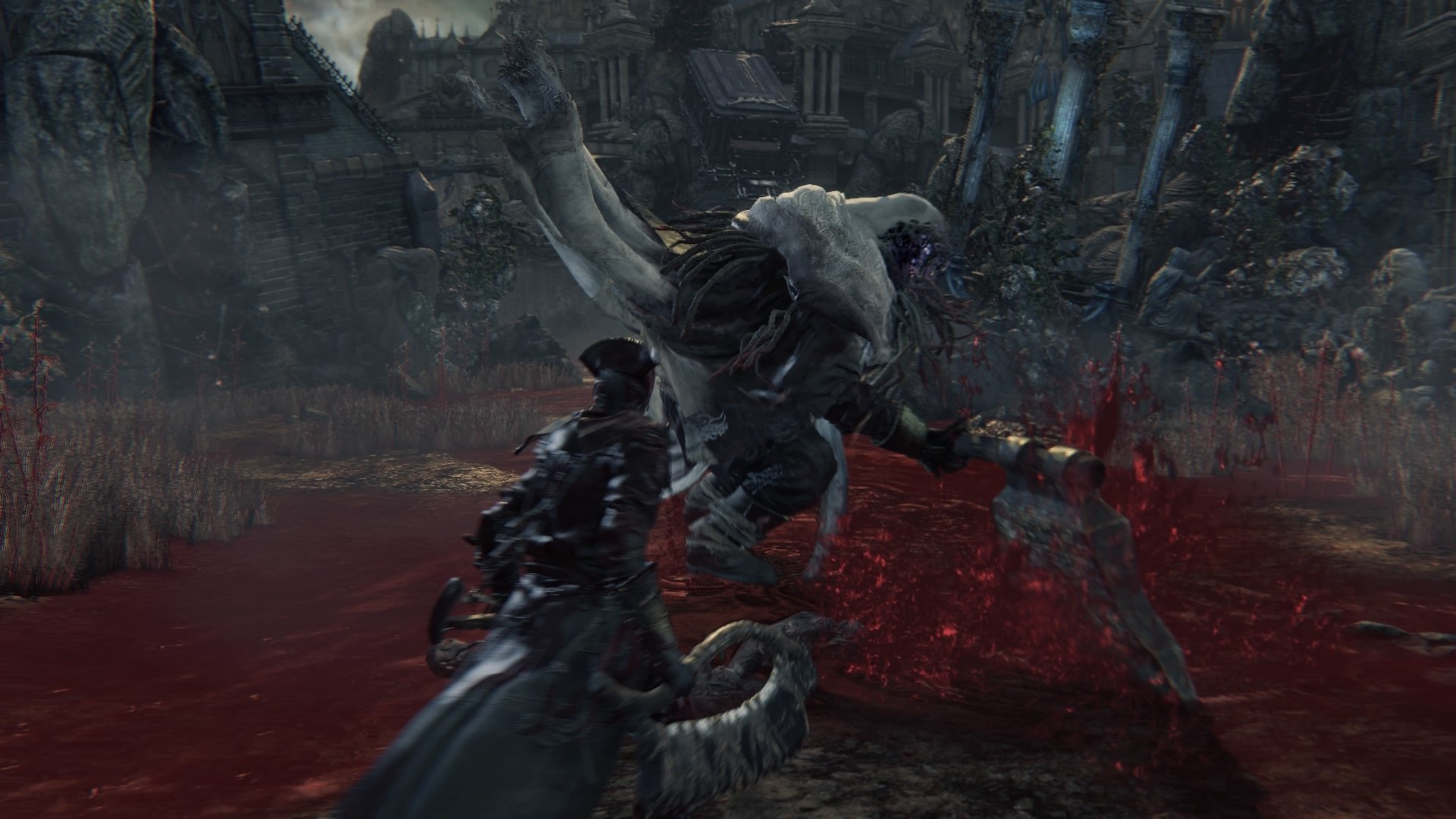 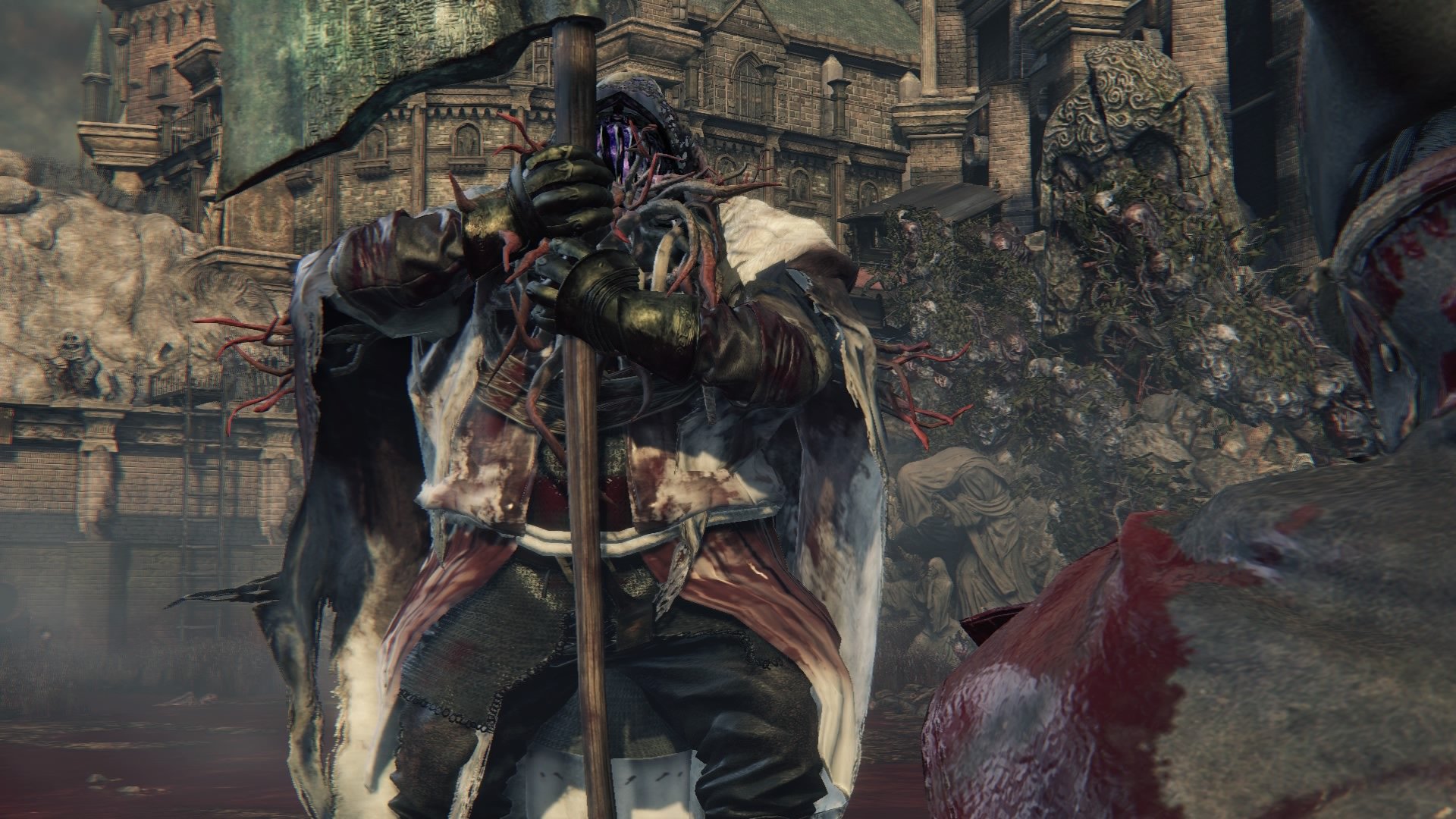 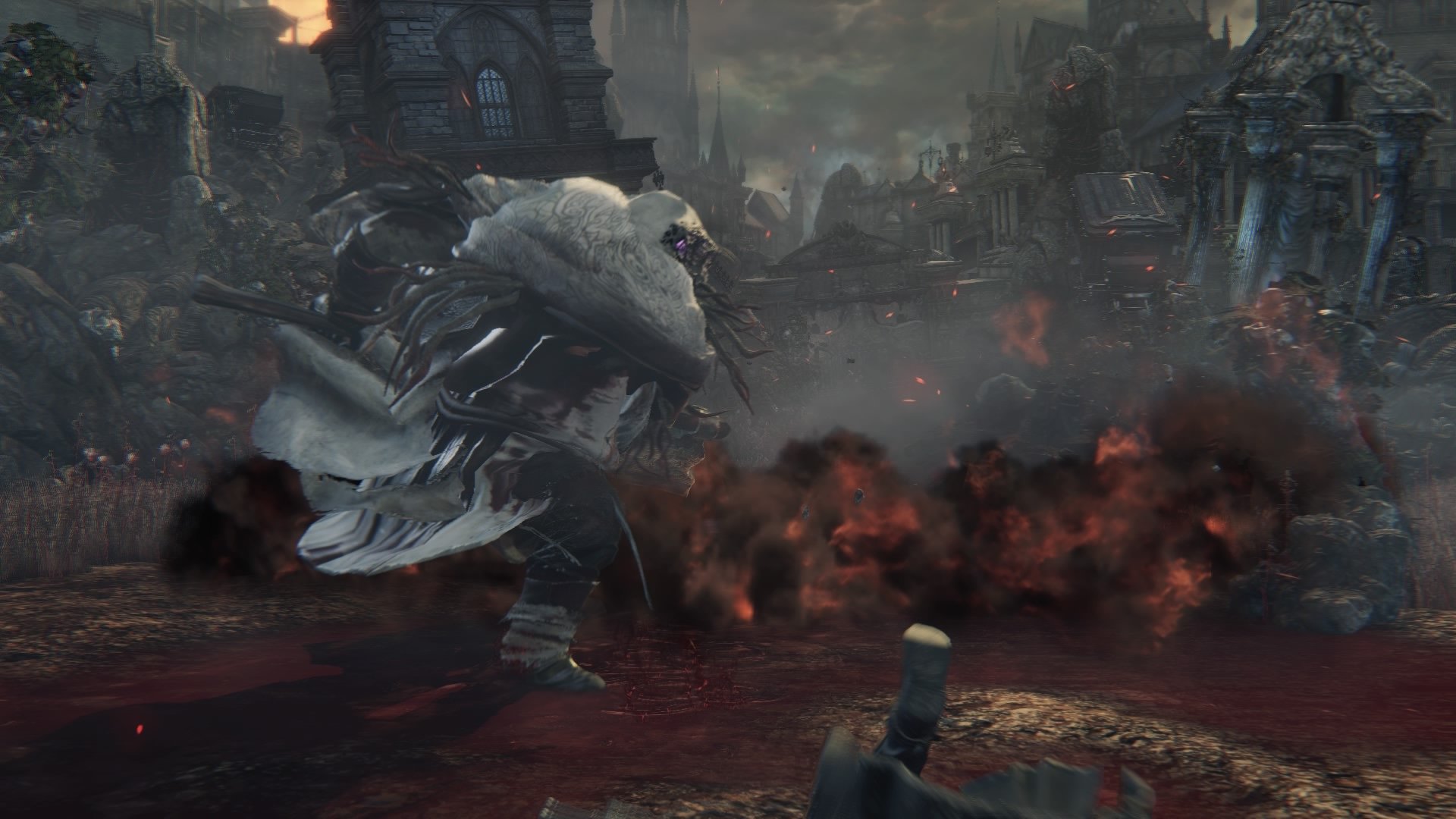 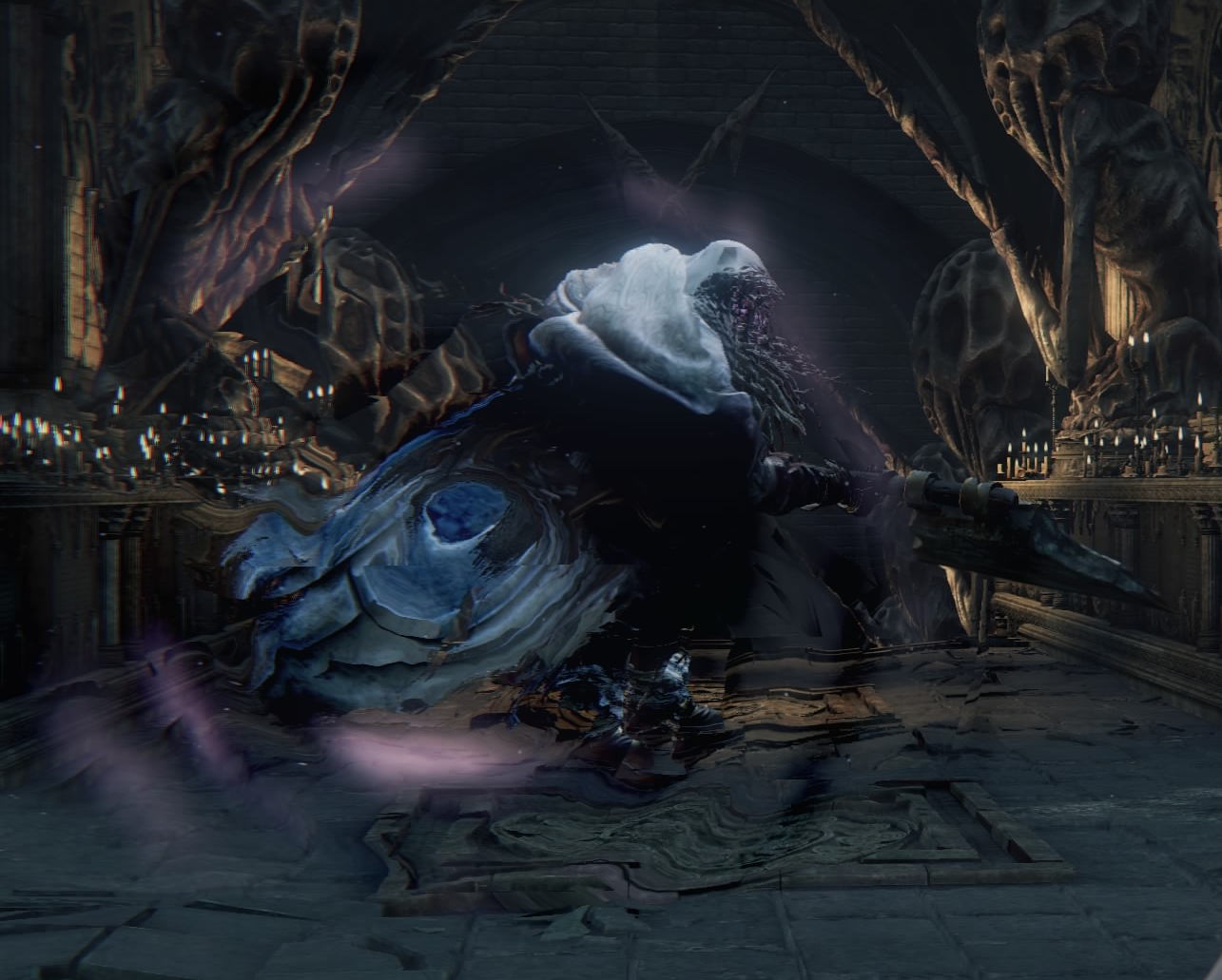 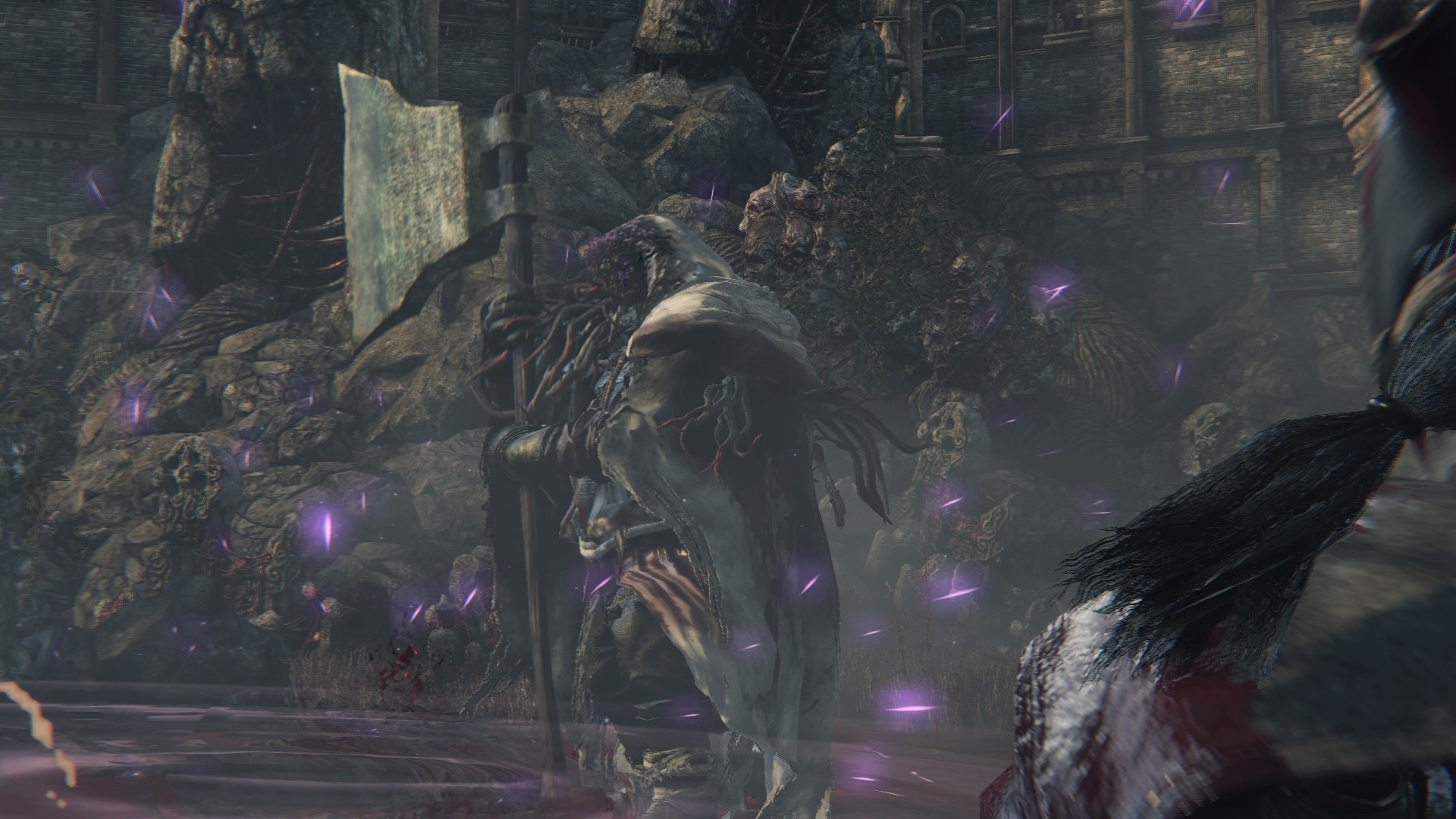 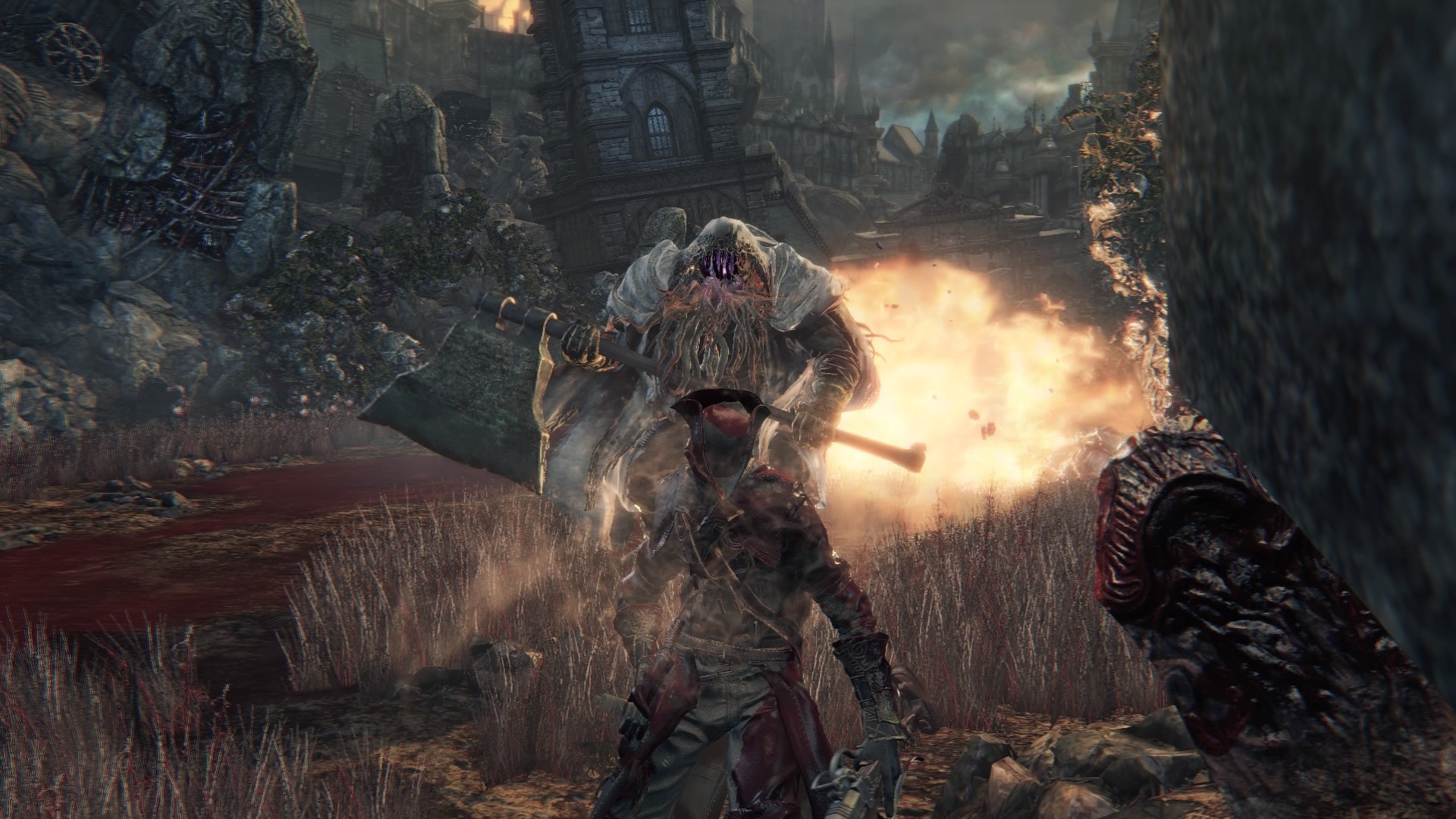