Alexander is a player-created character in Bloodborne 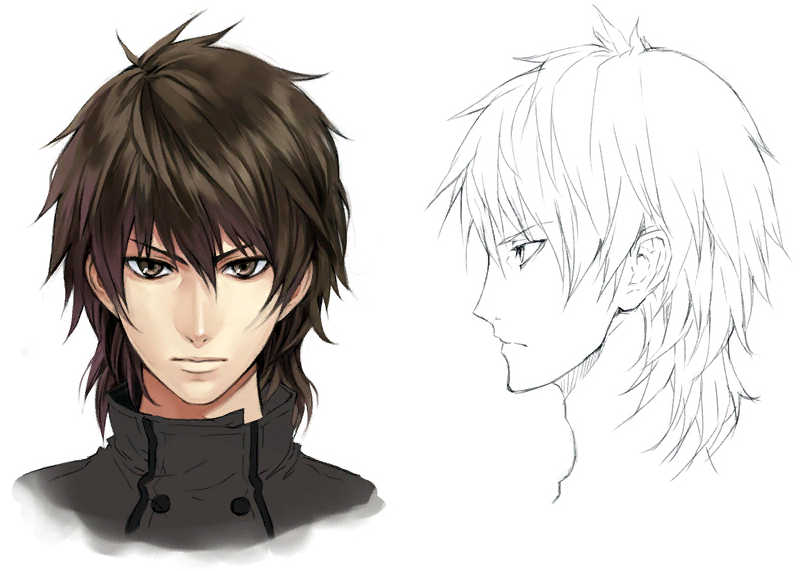 This time I will save you ... we will escape this nightmare together Evelyn ...

A tortured and disillusioned soul who searches for nothing, but redemption ...

Alexander is a Hunter and the last hunter of his lineage. He is the great-grandson of an old hunter named Thomas, who worked together with Ludwig and the other healing church members. He grew up not far from Yharnam and was raised on heroic stories of Ludwig and the magnificent miracles of the healing church. He trained for years to become like his childhood icon and soon fell in love with a woman from Yharnam while visiting the area. Her name was Evelyn and her beauty was matched by only the brightest of moonlit night sky. Upon the age of twenty, Alexander had married this incredible woman and joined the Executioners Covenant just like his forefathers. Alexander swore an oath to guard his homeland from the ghastly beasts that roamed its streets.

Five years later, during the Night of The Hunt, tragedy appeared as one of his fellow healing church members went blood drunk and transformed into the very beast they had chased. In the skirmish, Alexander was wounded, but continued to follow the beast until it entered his neighborhood. The other hunter's took care of the creature as Evelyn wandered out and tried to attend to Alexander's injuries. She had witnessed the transformation of the church hunter and was reluctantly deemed a threat to the ministry's image. Alexander was promptly restrained as his former comrades plunged their weapons into his beloved. As Evelyn laid in the damp and cold street, They turned towards Alexander and quickly pierced his heart with a holy blade.

At that moment, The church hunters captured a glimpse of the original beast they had tracked beforehand and scurried off to slay it, leaving Alexander to die next to his wife. He reached out towards her, merely inches away from her hand, but could not grasp it. Dazed and confused from blood loss, he faintly witnessed a man in intricate silver armor approach the body of Evelyn. The strange man picked her body up and stared at Alexander for a moment or two before returning to a luxurious horse-drawn carriage. Alexander writhed in agony while silent screams failed to escape his throat. The blurred image of the carriage disappeared into the fog more by each moment that passed, then a long shadow appeared that engulfed his body completely, leaving Alexander unconscious. He awoke seconds later still on the unforgiving stone road while an odd woman appeared before him, draped with feathers and a peculiar beak shaped mask. She did not mention her name, but only muttered to herself how the hunters who participated in this act of treason would be dealt with swiftly. Alexander used some of his strength to grasp the ankle of this woman and this action quickly convinced her that he had not perished from the previous encounter.

The older woman peered downward into Alexander's eyes, they were filled with malice and vengeance, but also with regret and oblivion. She took pity on him and raised her curved dagger high above the both of them to finish off the poor soul. Alexander grabbed her wrist, a mere inch away from his face and the blade came to a halt, he shook his head when he gripped his saber tightly. The crow feathered woman was impressed and chuckled at his frail attempt to preserve his own doomed life. She had only one question to ask this pathetic man: does he wish to punish these hunters ... all disgraceful hunters ... for the misdeeds they have perpetrated this night, to destroy the scourge which brought hopelessness to his own homeland? Before she could finish her thought, Alexander demanded the chance to hunt down the misguided church members. The woman agreed and Alexander then proceeded to lay his hand over his wound, not for the hole in his chest, but for the hole in his heart. The crow hunter understood the gesture very well and offered him a chance to redeem his utter failure. Disillusioned and with time about to run out, Alexander ultimately agreed to the proposition. They ventured into Yharnam before dusk, half dead and nearly unconscious once more, all the while Alexander relinquished his Executioners oath. He was dropped off on the first floor sickroom in Losefka's Clinic where he would undergo the blood transfusion and the blood contract. Before passing out on the operating table, he recited another oath ... becoming the bane and nightmare of all who join the hunt ... a Hunter of Hunters.