This is a player-created Build for Bloodborne.

Engiocsag Rehtaf, The Hustler One, is the founder of Powder Kegs. Commonly referred as Nineball due to his interest of using polearms and artilleries for his own hit-and-run tactics.

Born as a military veteran, he heavily invests on the use of handheld Cannon and two handed axe, as well as the Stake Driver, he's been favoured and feared due to his immense power despite the various self limitations he applied. Engiocsag once disguised himself as Father Gascoigne , a deceased Hunter who had turned beast, and he tricked Gascoigne's daughter to Iosefka's Clinic just to extract her blood for his enhancement, which Iosefka referred as "Human Plus".

Since then, Engiocsag has been haunting the new Hunters with his Cannon, preaching the name of Powder Kegs with constant explosions. 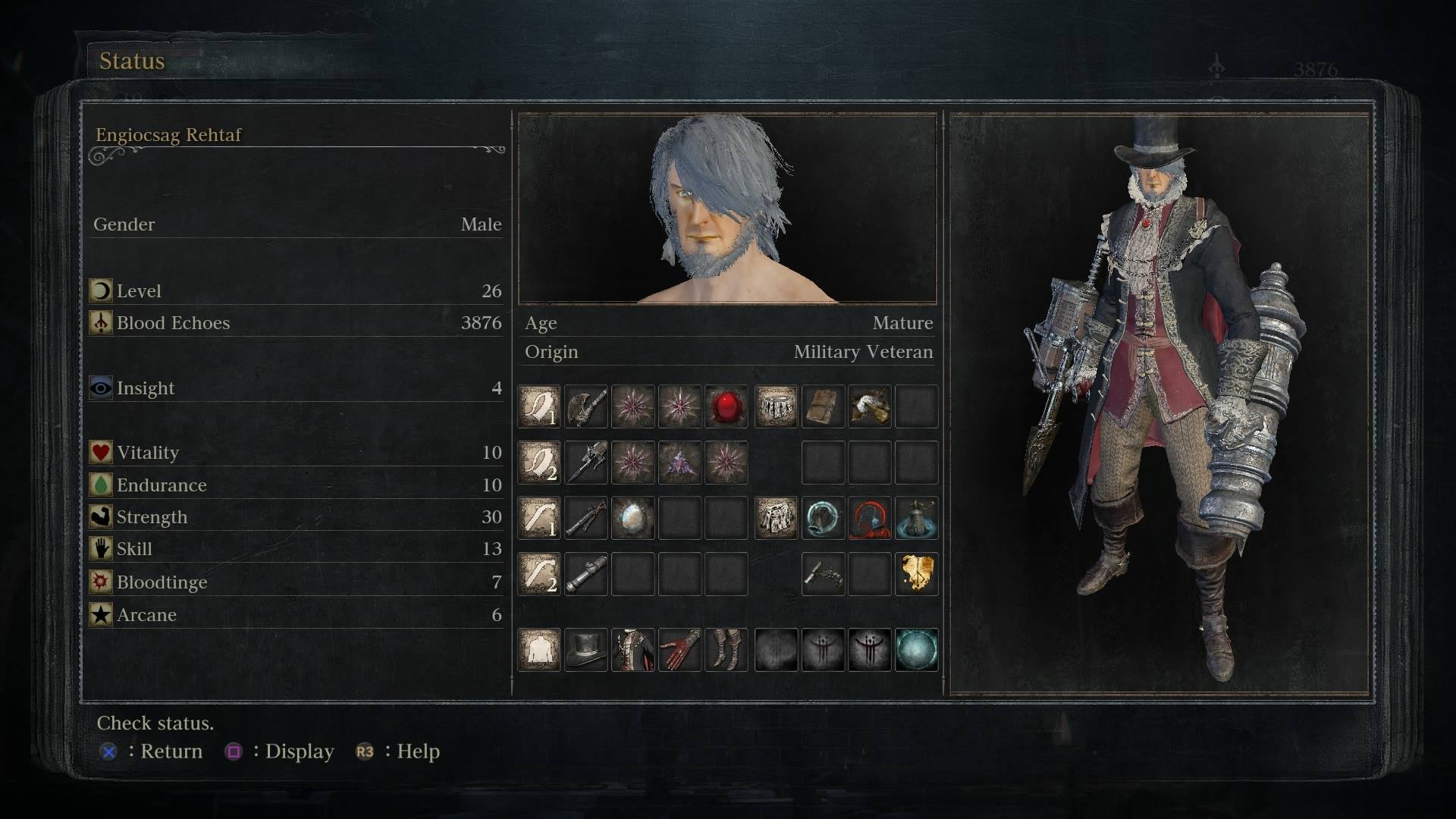 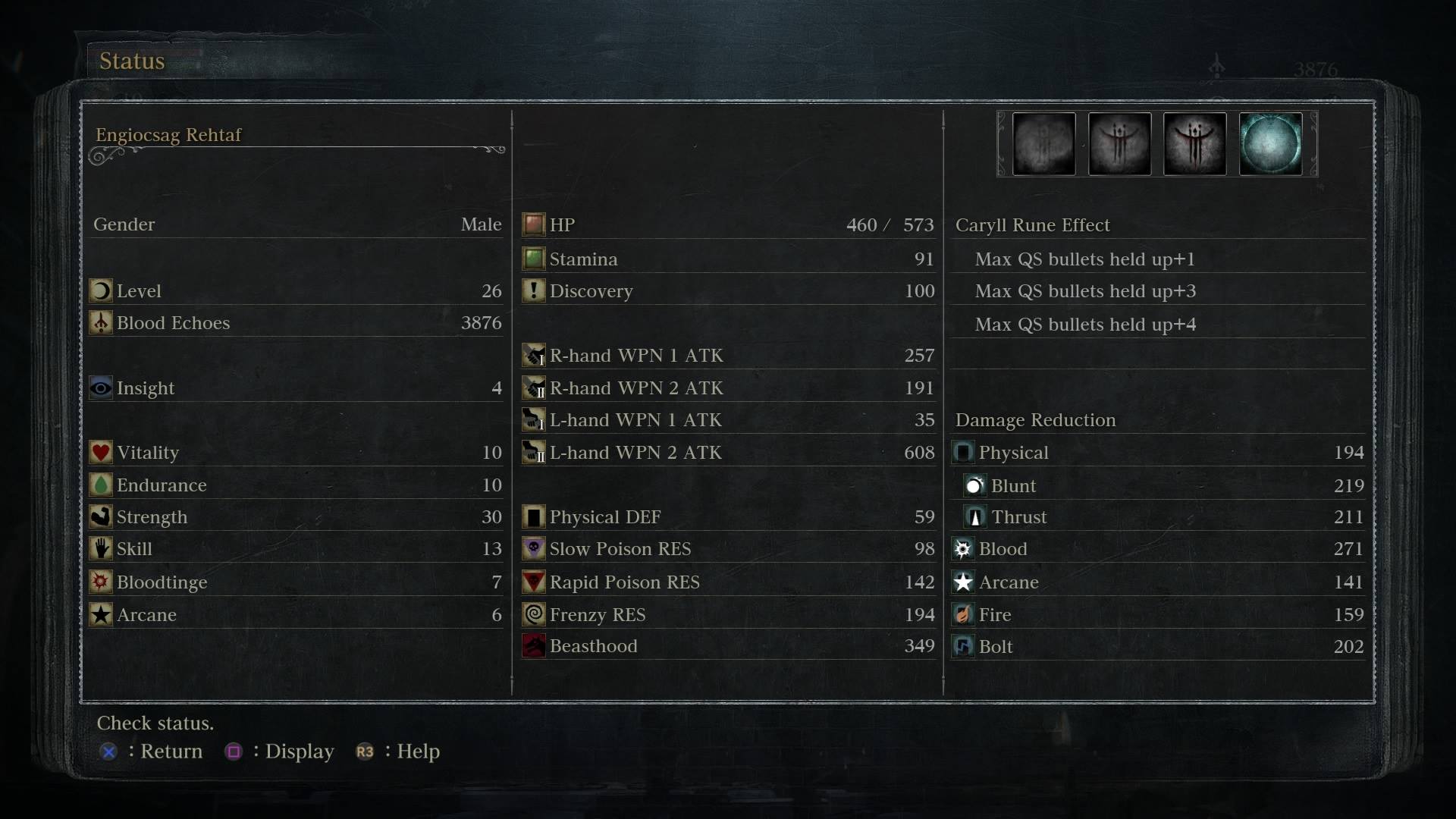 This build is essentially made for spamming cannon at low level. With the help of all 3 Formless Oedon Runes, it allows the Hunter to fire the cannon for up to 4 times, and each shots deals up to 644 damage in PvP and 1480 damage in PvE depending on firing distance. With the low level, it allows one to co-operate or invade at almost everywhere, including Cathedral Ward, making this build perfect for boss killing or griefing other newcomers. Additionally, the Hunter Axe is equipped with Red Blood Gem which raises up its already high Rally potential, while the Blunderbuss has Tear Blood Gem (automatic health regen).

The costs are however obvious, it has extremely low Vitality, Bloodtinge and Arcane, incapable of using Arcane Tools and most Firearms. Bone Marrow Ash is also expensive. 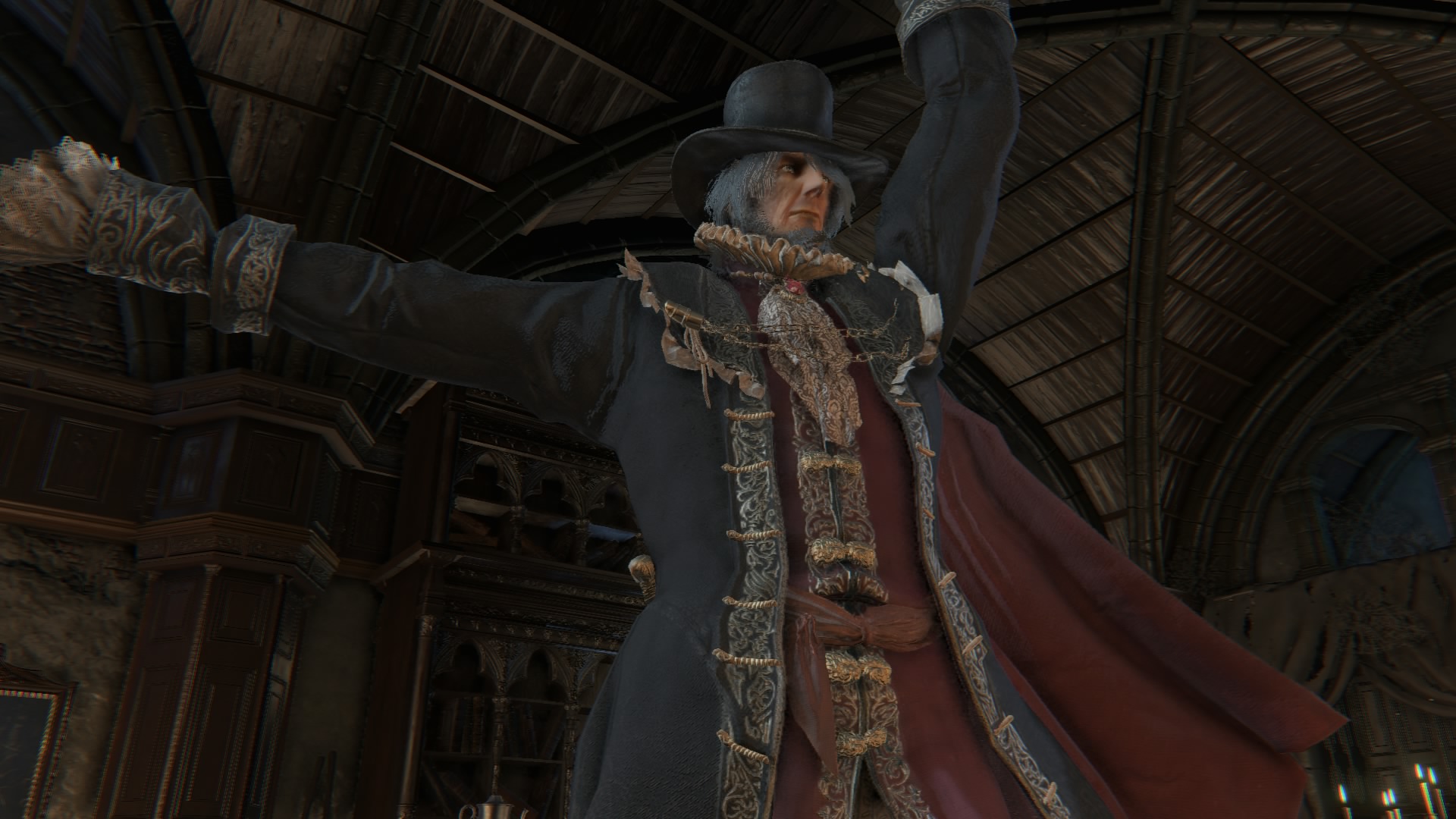