The Corrupted Hunter is an Arcane build that does very high damage by combining the Tonitrus with strong hunter-tools. Additional tactics involve Molotov Cocktails, which will actually do excellent damage because of their 'A' scaling with Arcane.


It is very much used as a 'role-play' build, with as much focus on trying to look and feel like a particular character as on straight-forward numbers. The Corrupted Hunter has a pale greenish face with creepy red glasses and the full Gascoigne set, which combined with the play-style, gives the sense of playing as a hunter who has been consumed by blood magic, and is just plowing through Yharnum taking down beasts.

Always remember to have the Tonitrus in its transformed mode (L1) as much as possible. Especially as your arcane stat increases, the modifier will grow very quickly. When you're approaching the end-game, your attack rating will pretty much double when L1 is activated, and will potentially be as high or higher than even Ludwig's Holy Sword. And since the Tonitrus is a bolt-based weapon, you will absolutely slaughter many of the end-game Kin bosses (Celestial Emissary, Ebrietas, Amygdala, Moon Presence, etc.)

Furthering the fun is that there is a steady stream of new stuff to use. You get Gascoigne's set very early on, then the Tonitrus not too long after, and after that you're collecting Hunter Tools for the remainder of the game. Give it a shot! 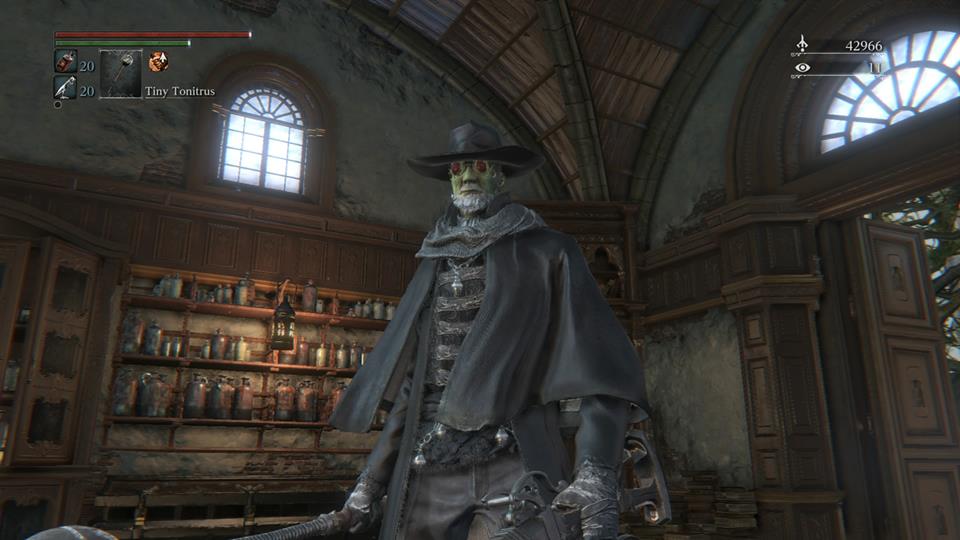 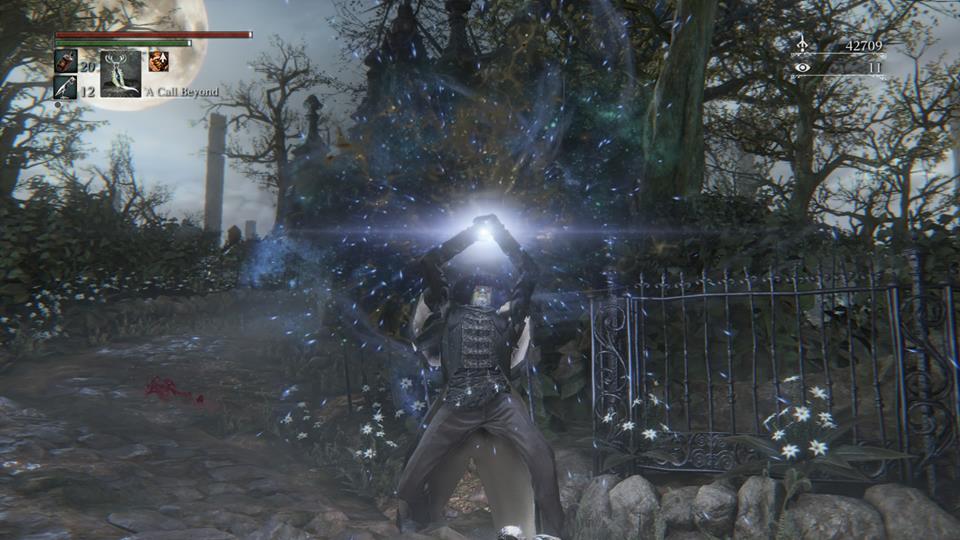