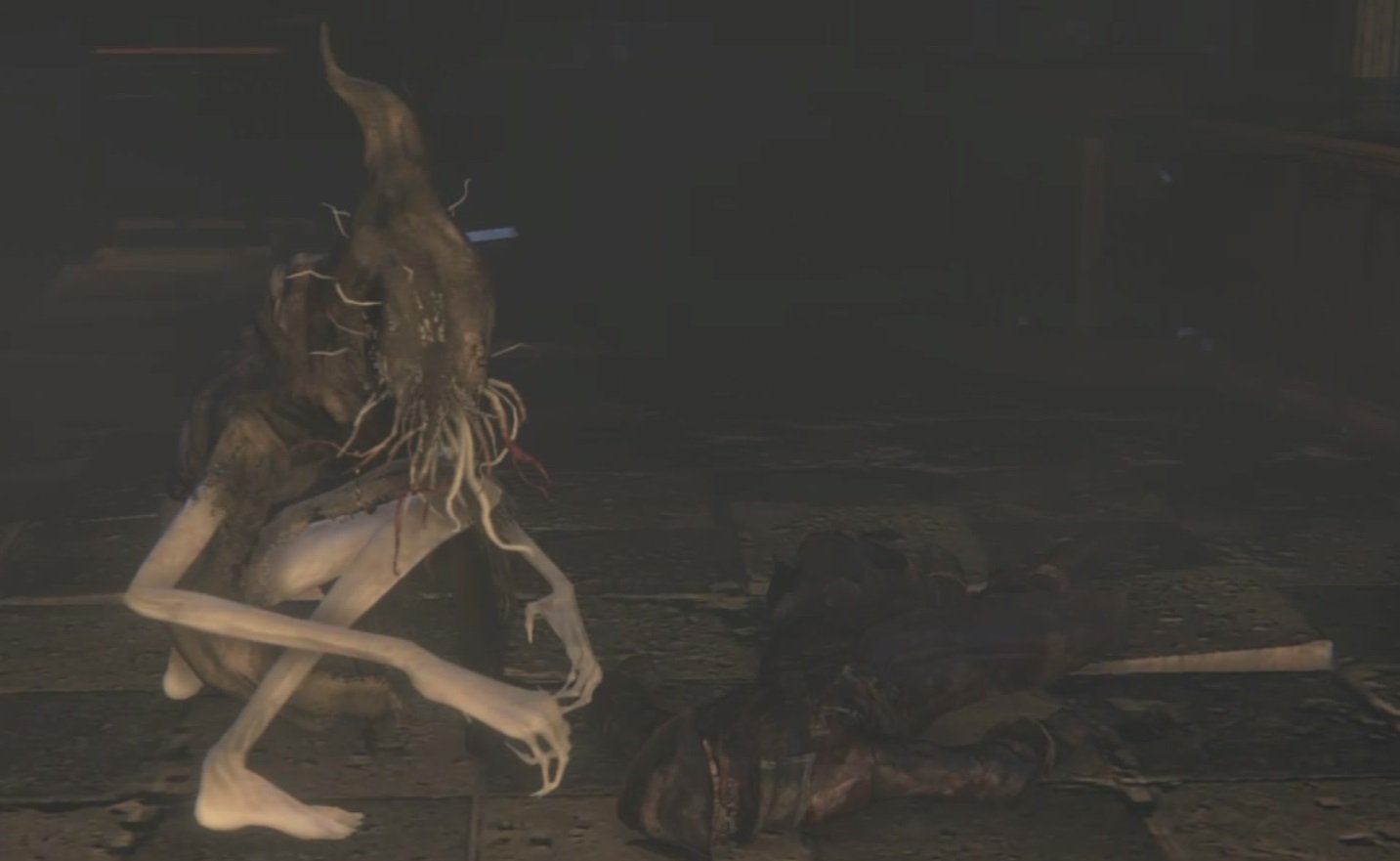 Also known as Mind Flayers, the Celestial Host is a particularly dangerous enemy that can be found in the Upper Cathedral Ward and in other places on the night of the Hunt. It has a magical attack that it fires at the Hunter that locks them in place, to be savaged by other enemies. It also has a unique attack that can grabs the Hunter, upon which a large tentacle rips off the Host's hood and drives itself into the Hunter's head. This attack will drain a variable amount of Insight from the Hunter, and can be escaped by button mashing.